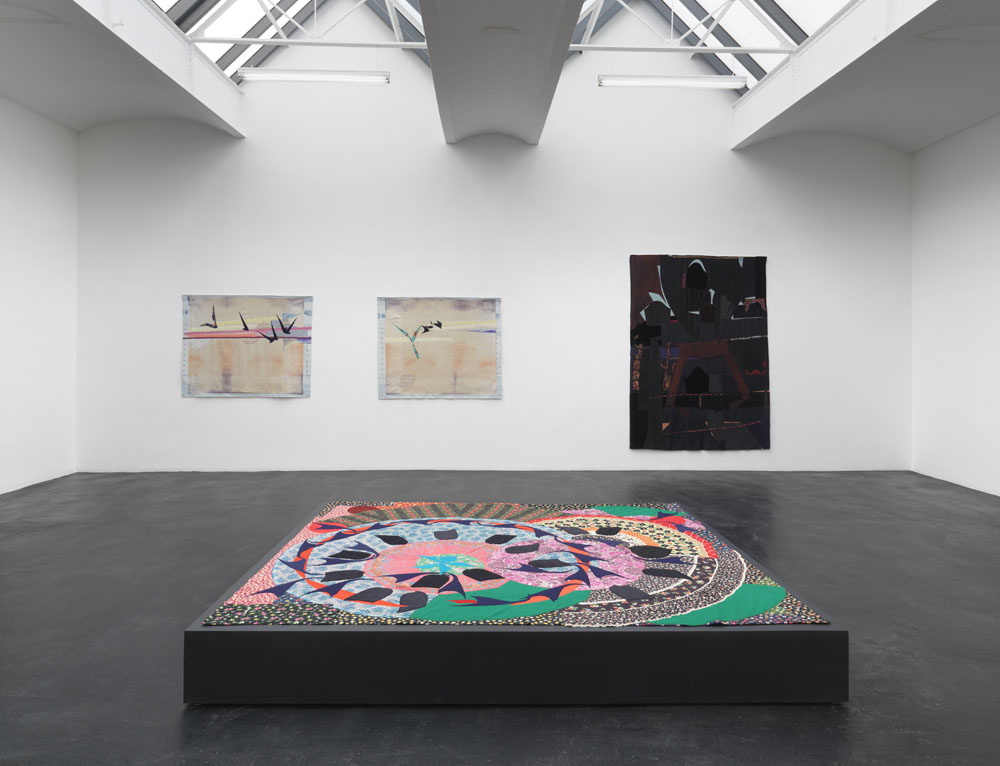 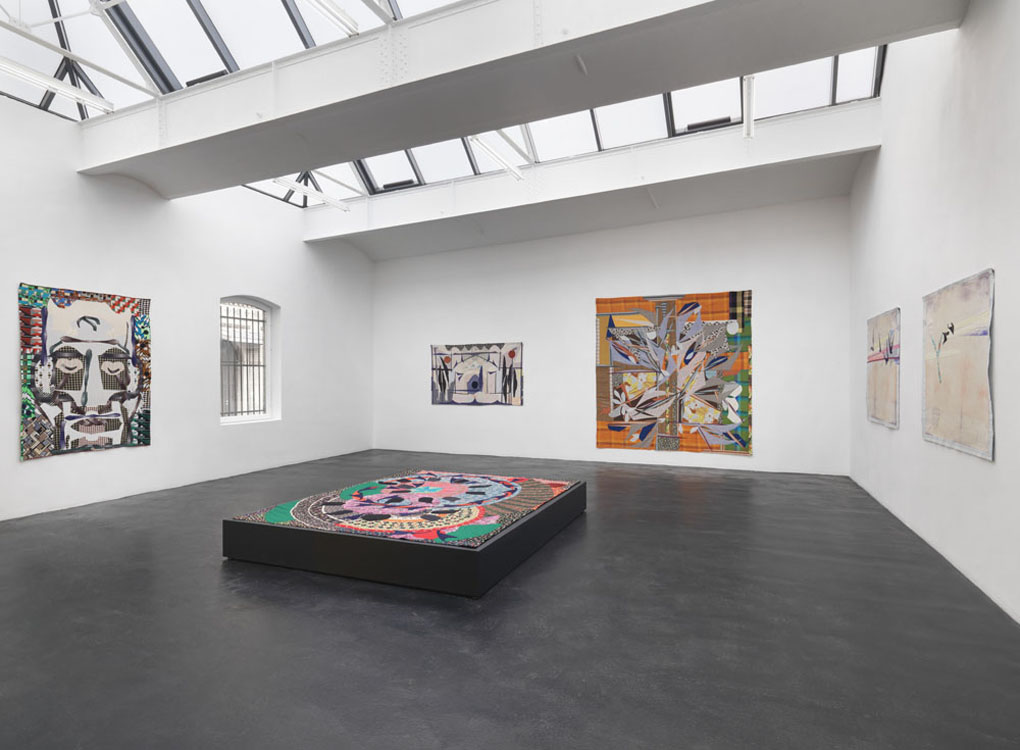 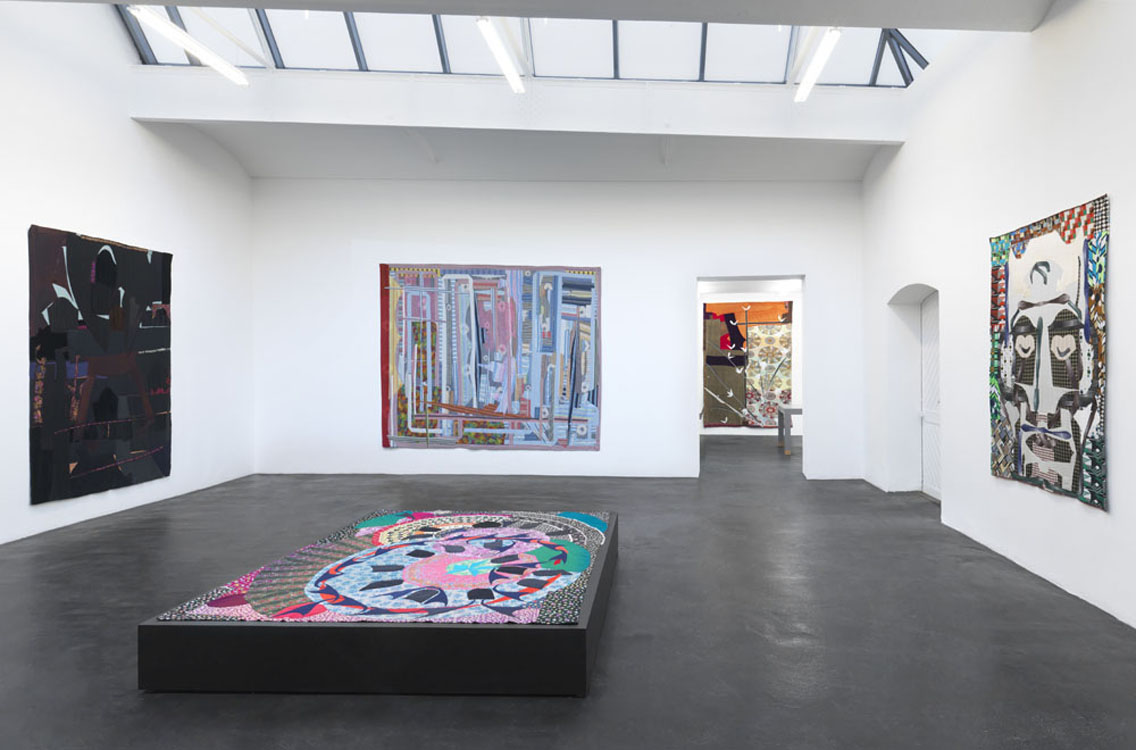 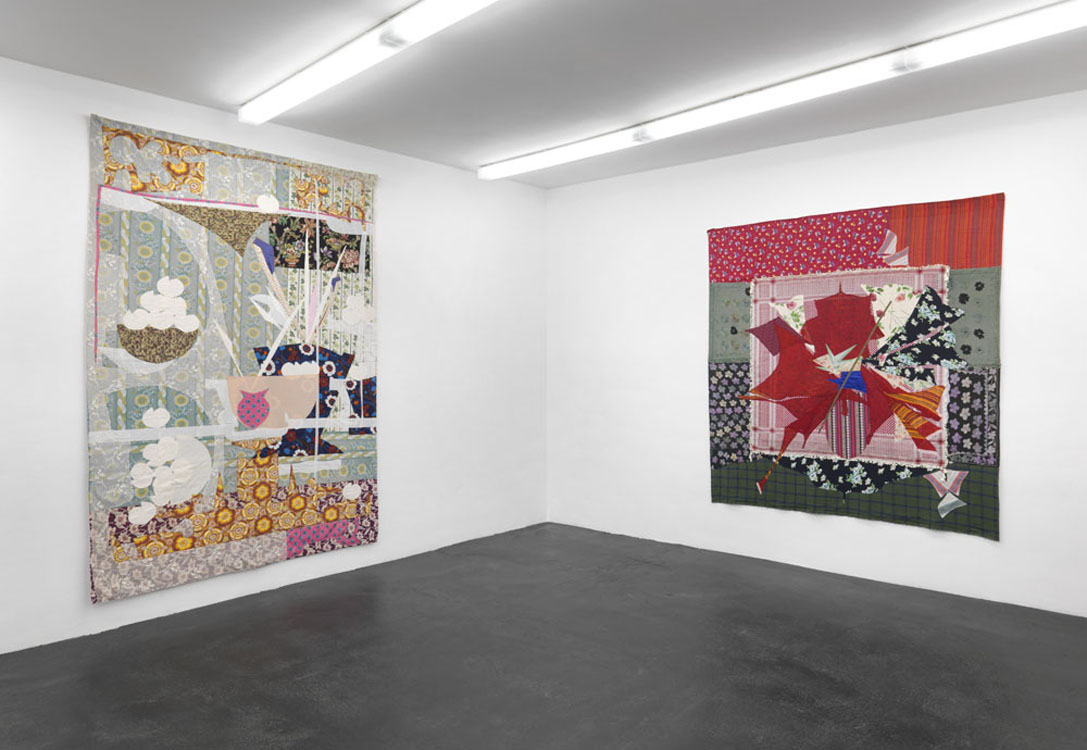 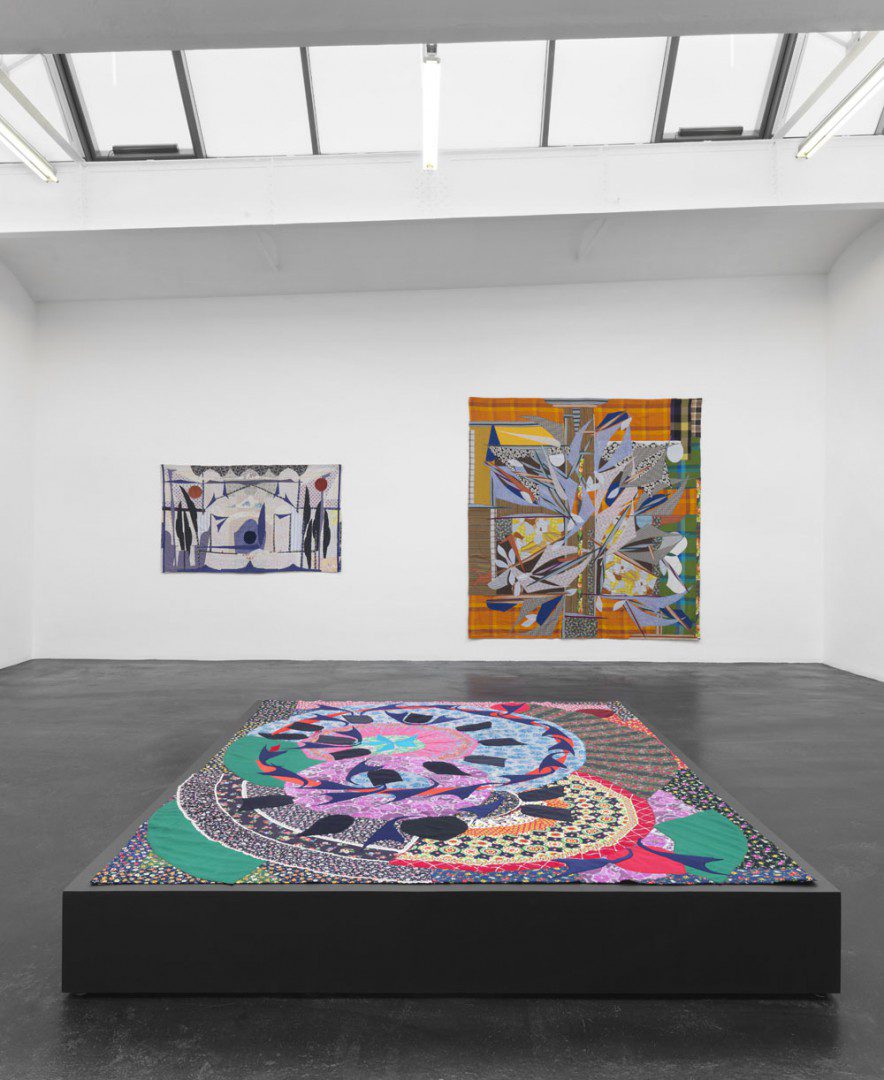 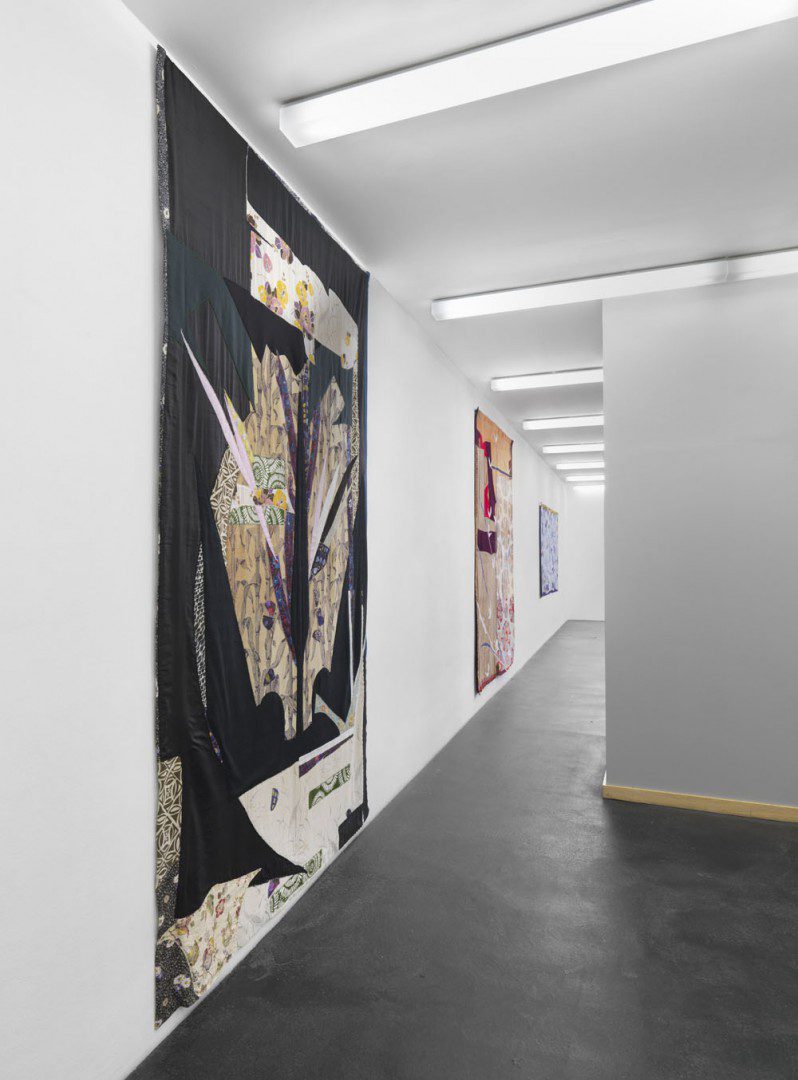 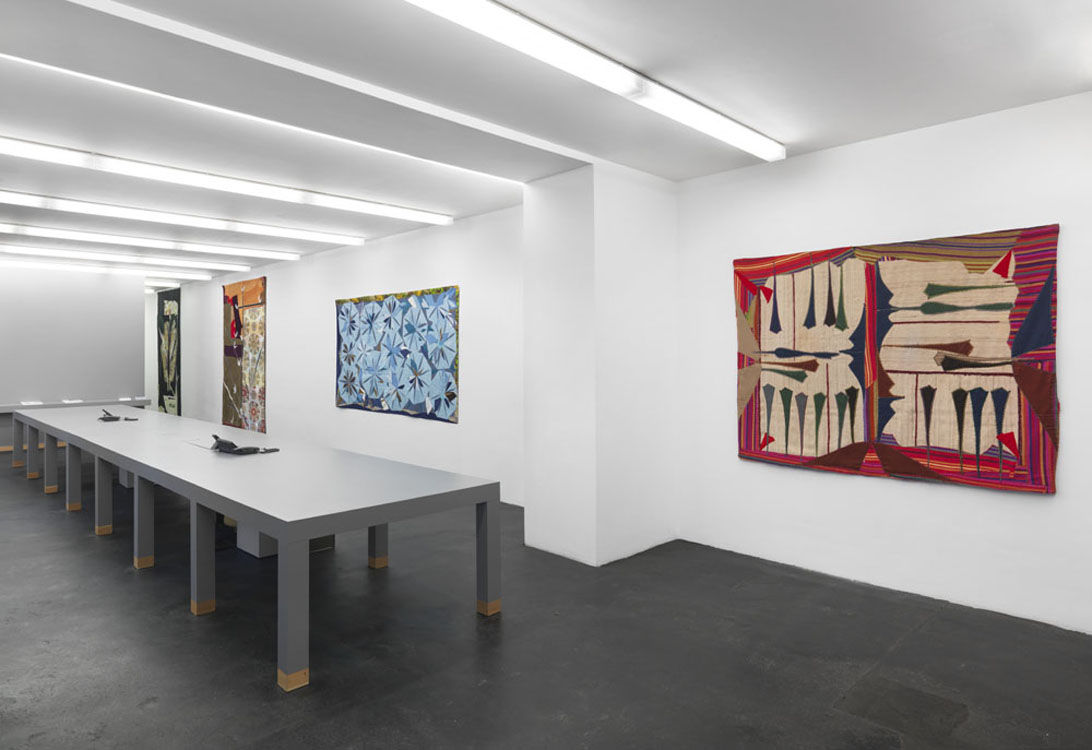 From the press release:

We are pleased to announce our first solo exhibition with Noa Eshkol (1924-2007), which will include a vibrant selection of textile-based works, which have never before been shown publicly. The exhibition will be on view January 29 through April 6, 2013.

An accomplished dance composer and notation specialist, Israeli artist Noa Eshkol created a large body of textile pieces over a period of more than three decades. The “wall carpets,” as Eshkol referred to them, are as versatile as their description suggests, intended for display on either horizontal or vertical planes, on the floor or against a wall. Covering a broad range of visual motifs, the carpets address themes that have been familiar tropes throughout art history including nature, folktales, geometry and ornamentation, portraiture, still lives, and interiors, as well as explicit homages to painters and literary figures.

Beginning in 1973, Eshkol would piece together scraps of fabric collected from kibbutzim and sewing workshops, setting them against larger swaths such as military blankets, bedspreads or bomb targets. Composed only of these found elements without a single fragment ever being cut or otherwise manipulated, the carpets are virtual assemblages of color and form. After achieving the desired arrangement, Eshkol would pin the layers together and leave the finished composition to be sewn into place by friends and dancers from the Chamber Dance Group (which she founded in 1954), who would also sort the fabrics for Eshkol to work from according to thickness and material. Coinciding with the onset of the Yom Kippur War, Eshkol’s foray into textile-based work was inspired in part by the abrupt absence of her only male dancer, Shmulik Zaidel, who was serving in the military at the time. With this essential member of her close group of collaborators suddenly gone, Eshkol turned to a new form of composing.

The carpets have been meticulously stored and archived in Holon at the house where Eshkol lived and worked. Peppering the library were countless books on Persian carpets, Asian and European tapestries, and American quilts, which served as visual references for Eshkol. The two-story building also played host to the daily practice Eshkol instituted and her dancers continue to live by, meeting often to run through the dance compositions in the home’s studio space. In recent years, a new generation of dancers has joined Eshkol’s original circle, ready to take on the task of continuing her legacy.

Described by Steve Paxton as “hypnotic, understated, totally disciplined, choreographically rigorous,” Eshkol’s work with movement has been influential for many in the dance field. Her education included intimate study of the notation system invented by Rudolf Laban, to which she later developed an alternative together with architect Avraham Wachman. Fluidly parallel to such modernist traditions of collaboration, minimal aesthetics and readymade materiality, Eshkol’s practice in its various forms shares continuity with seminal figures from 20th century art