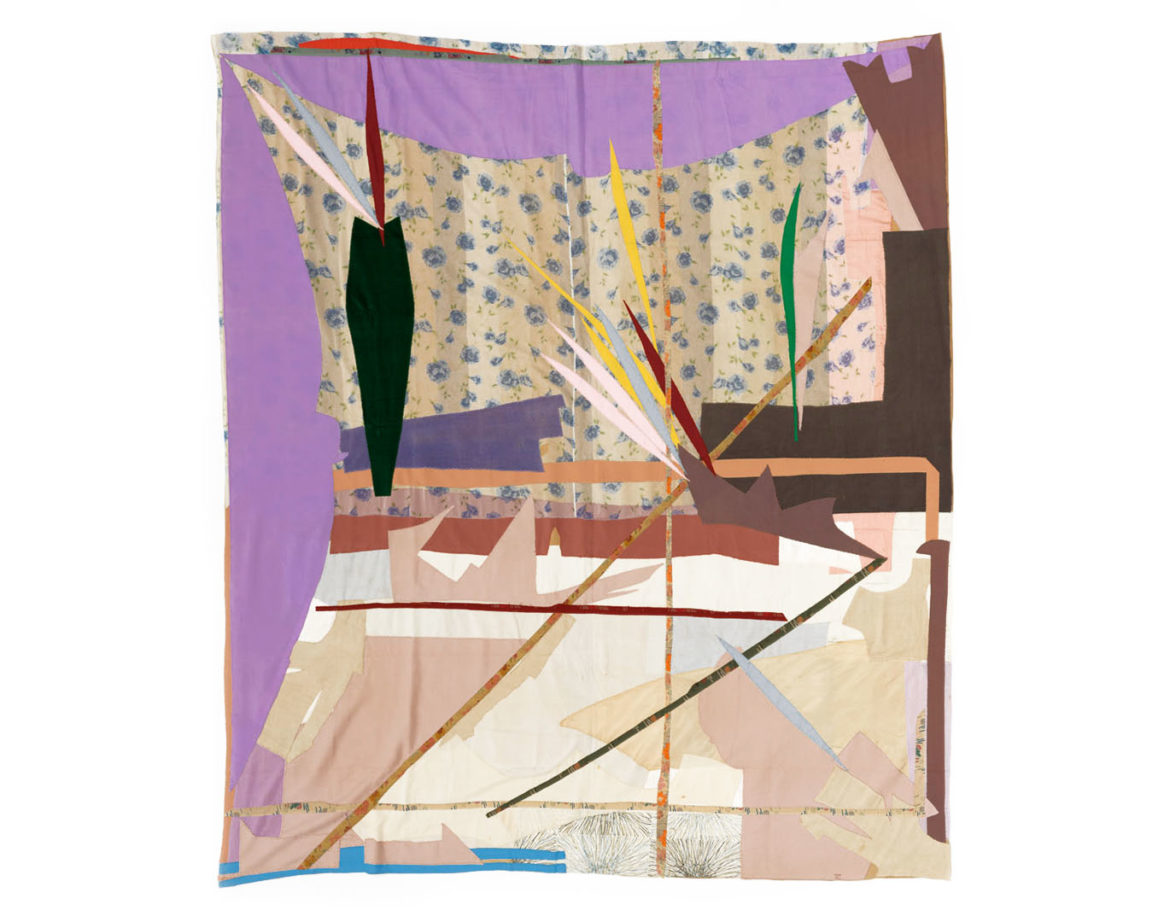 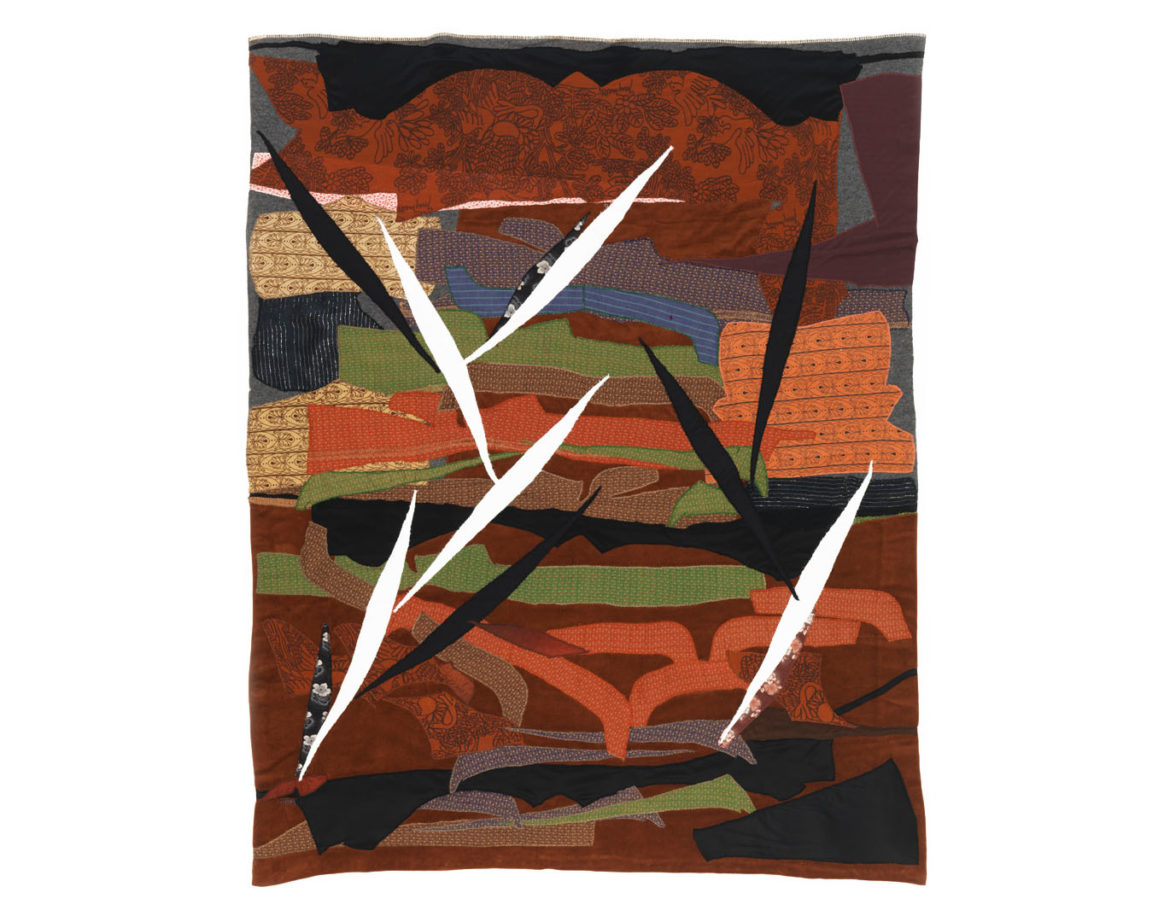 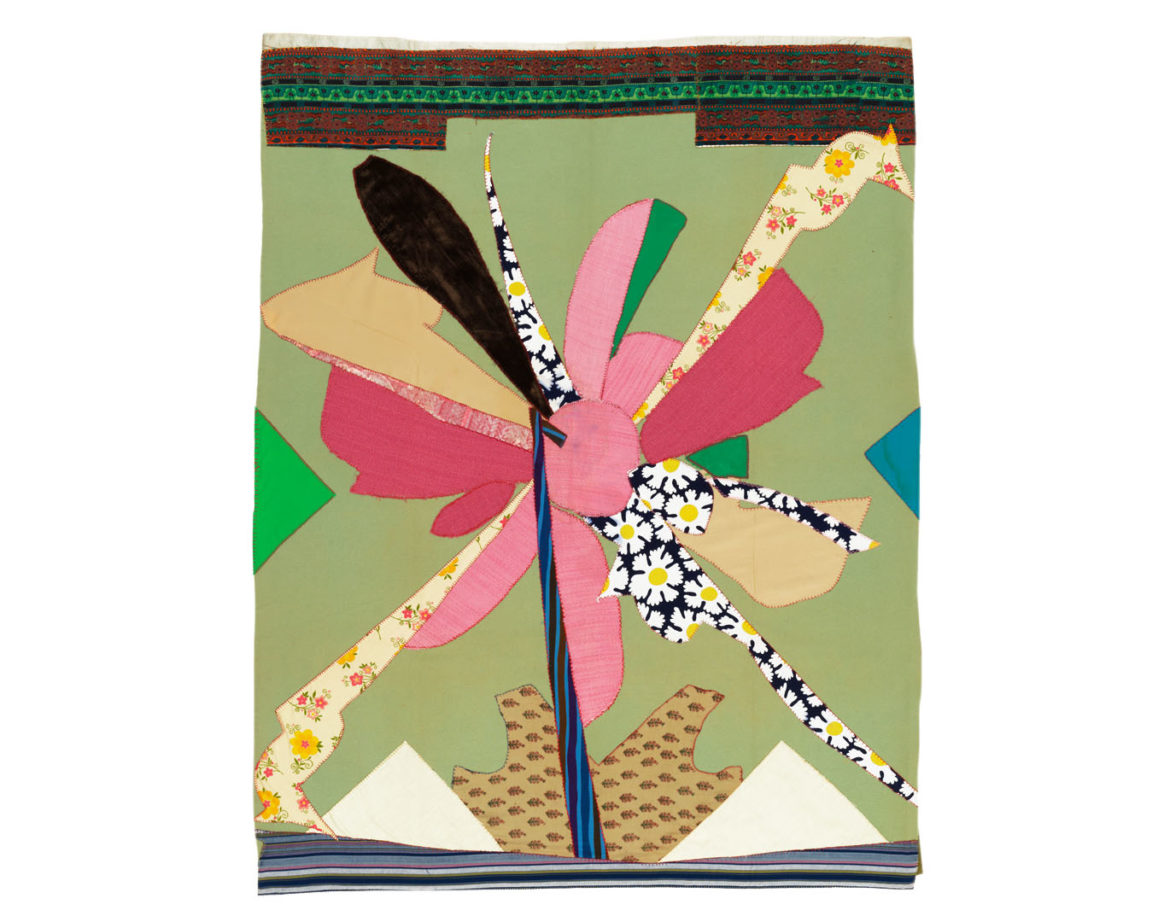 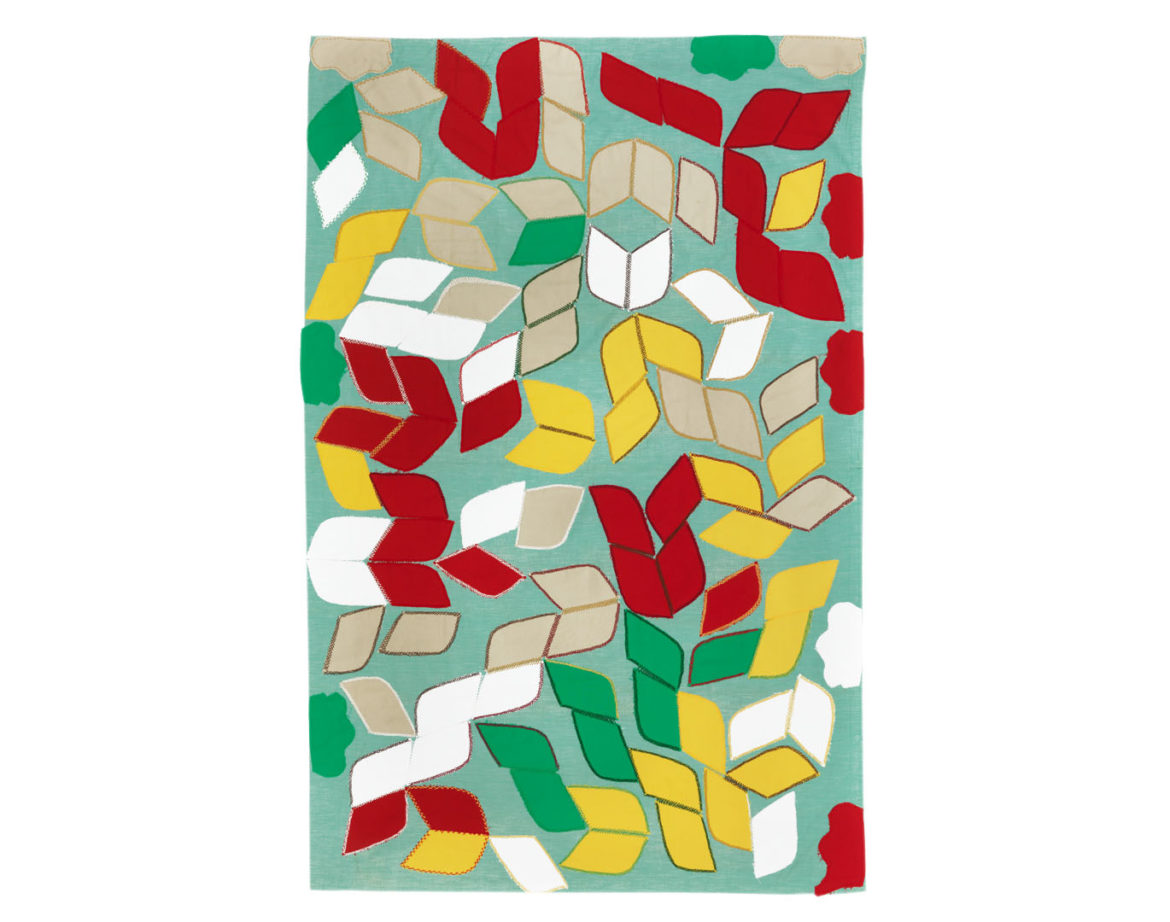 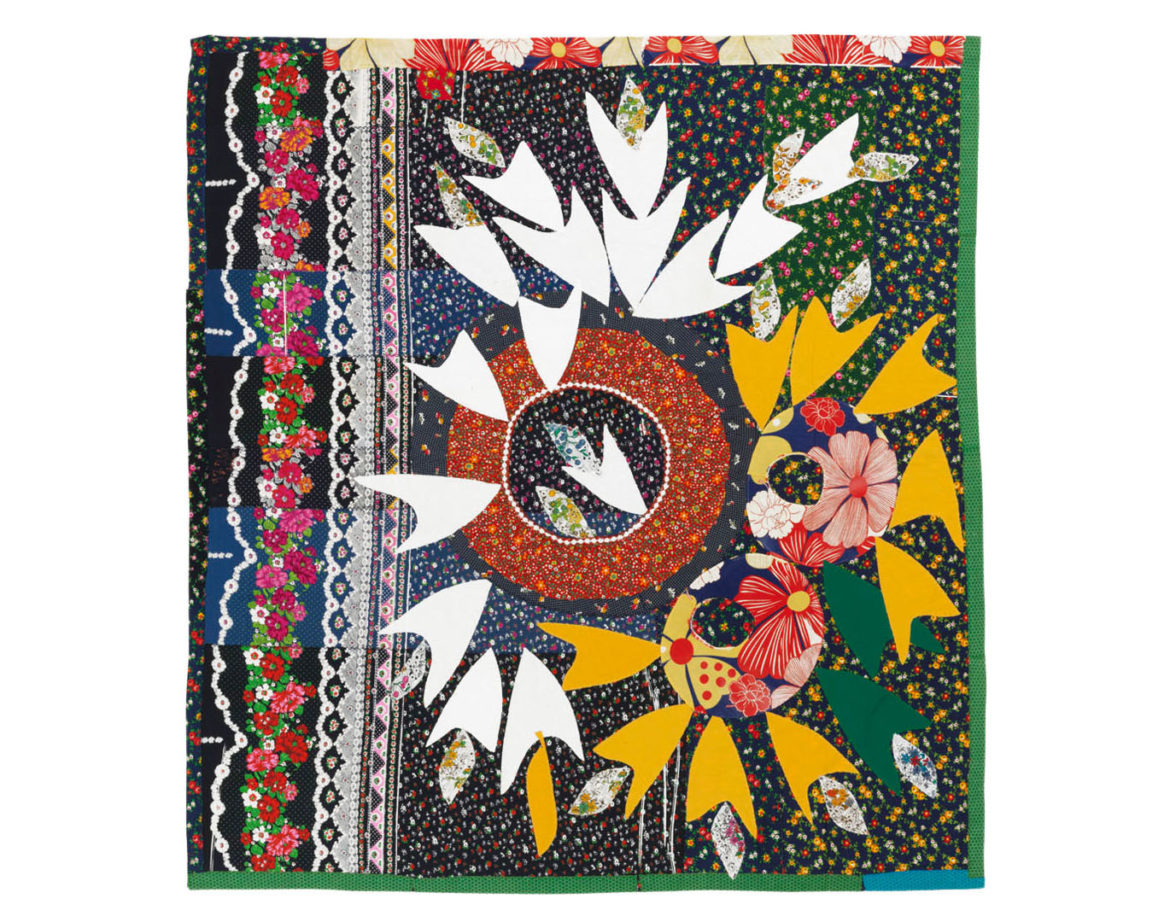 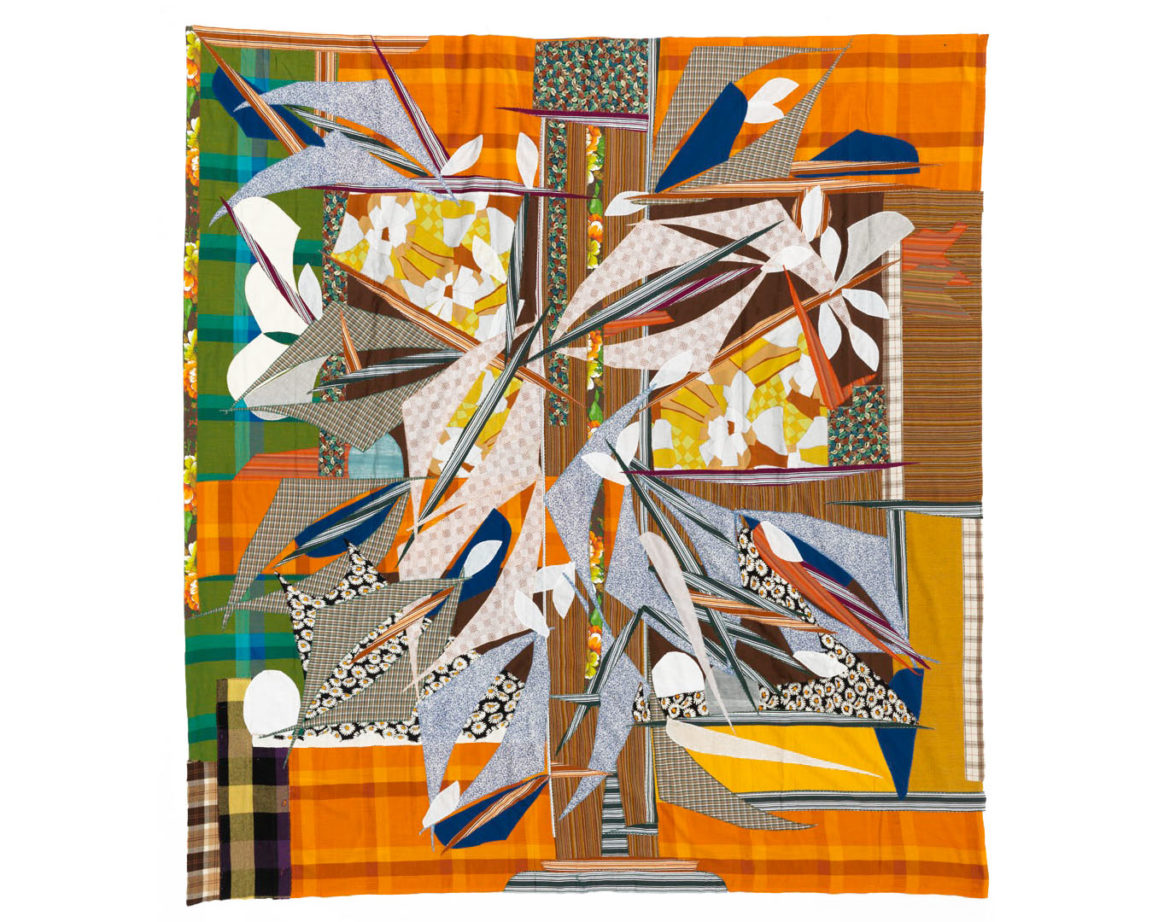 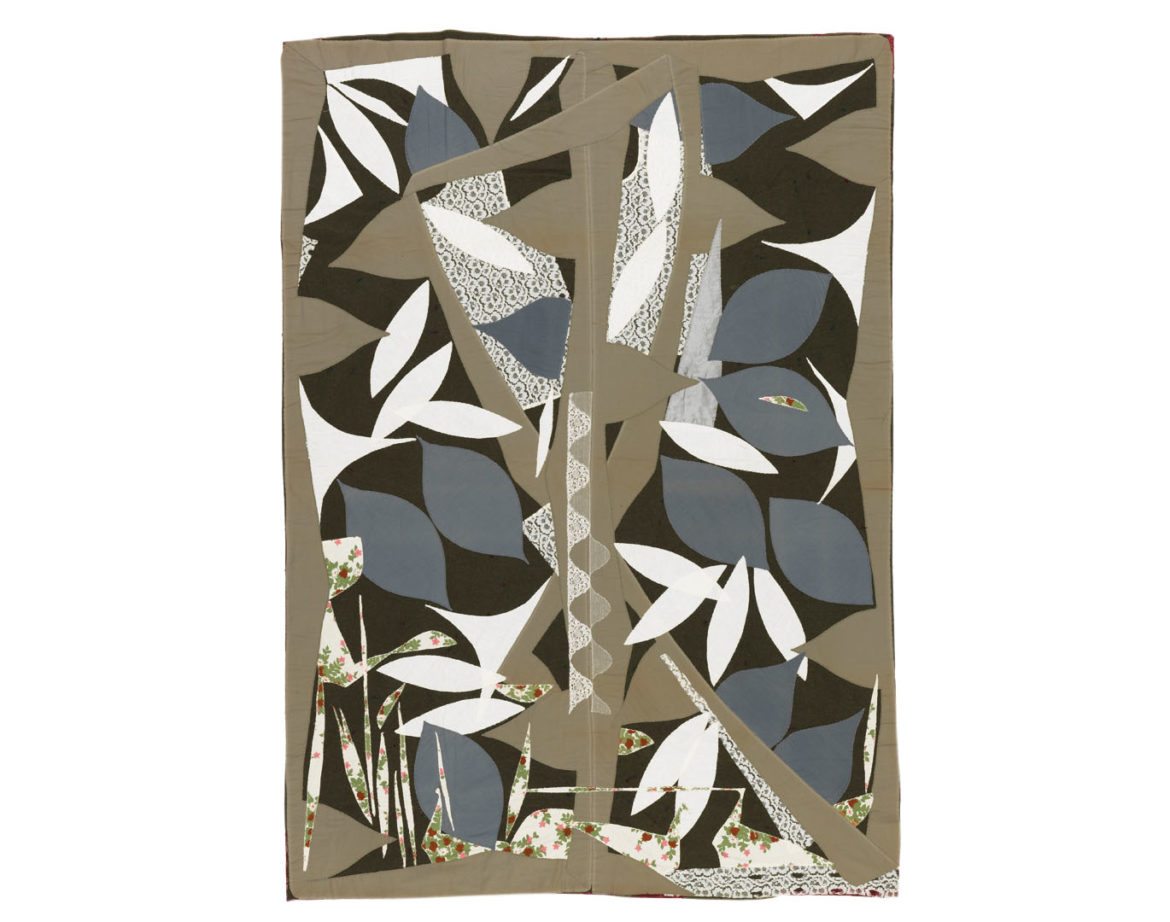 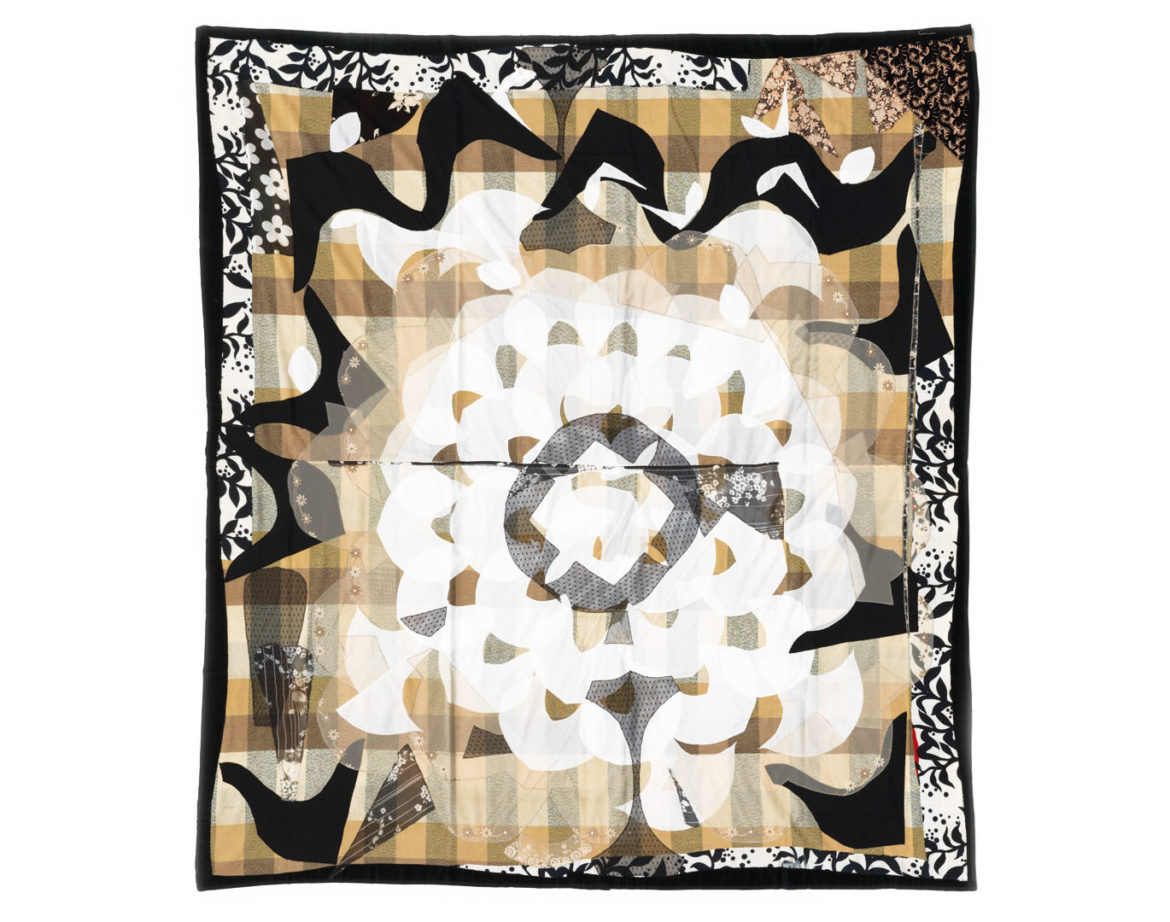 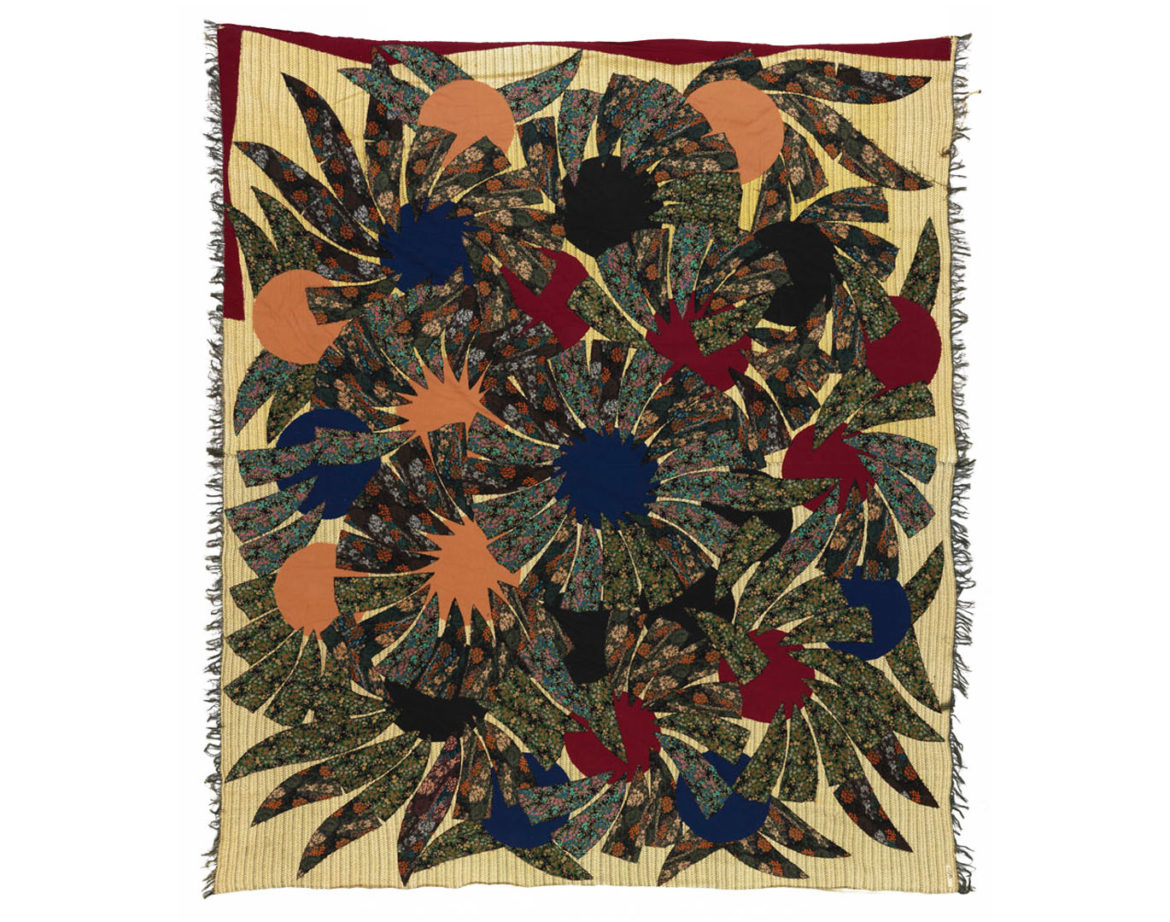 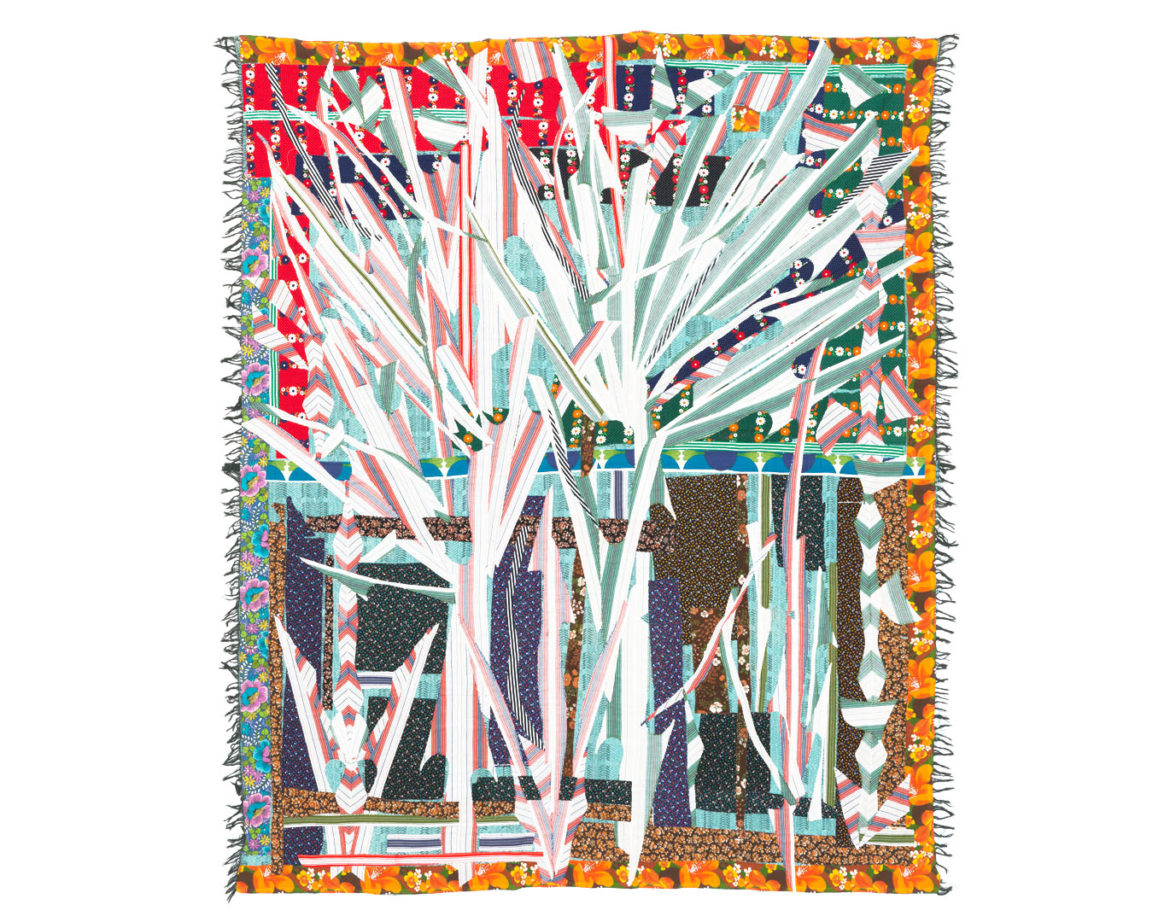 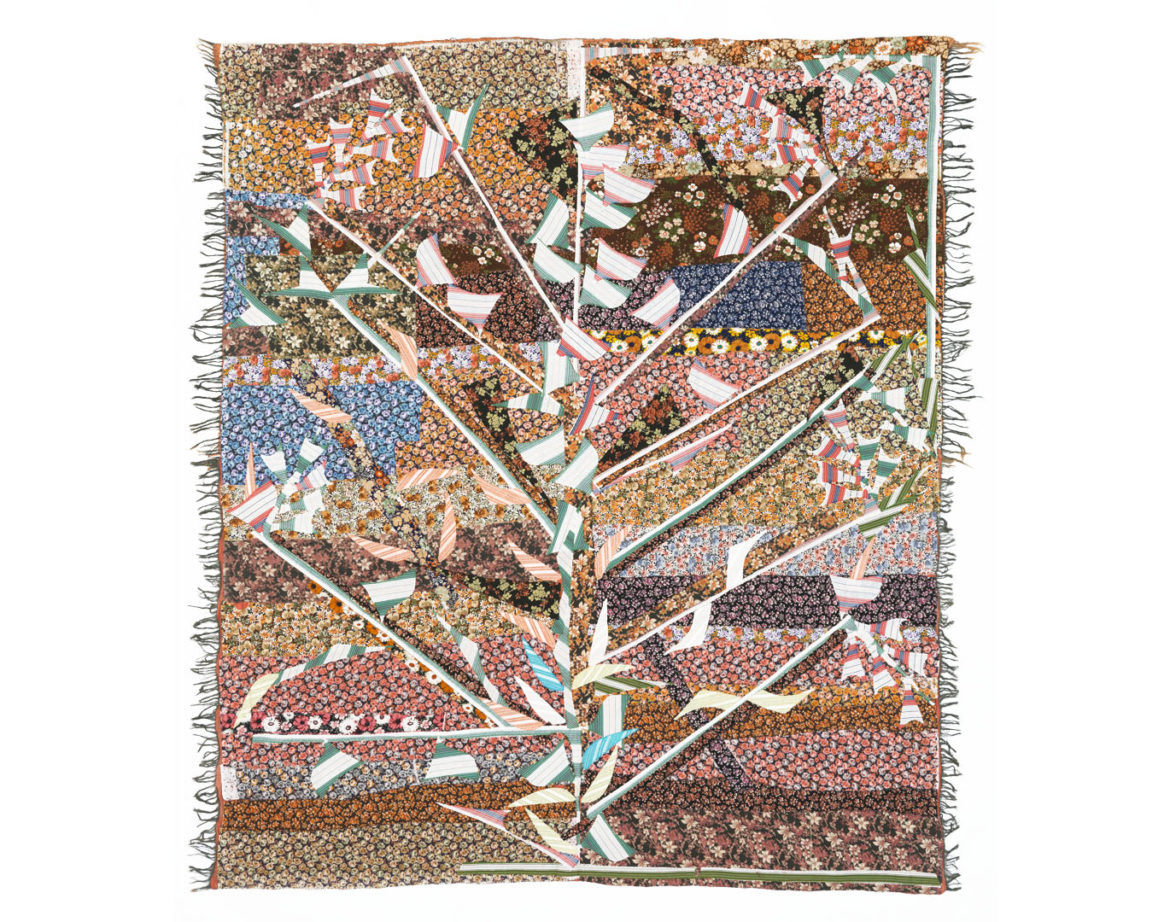 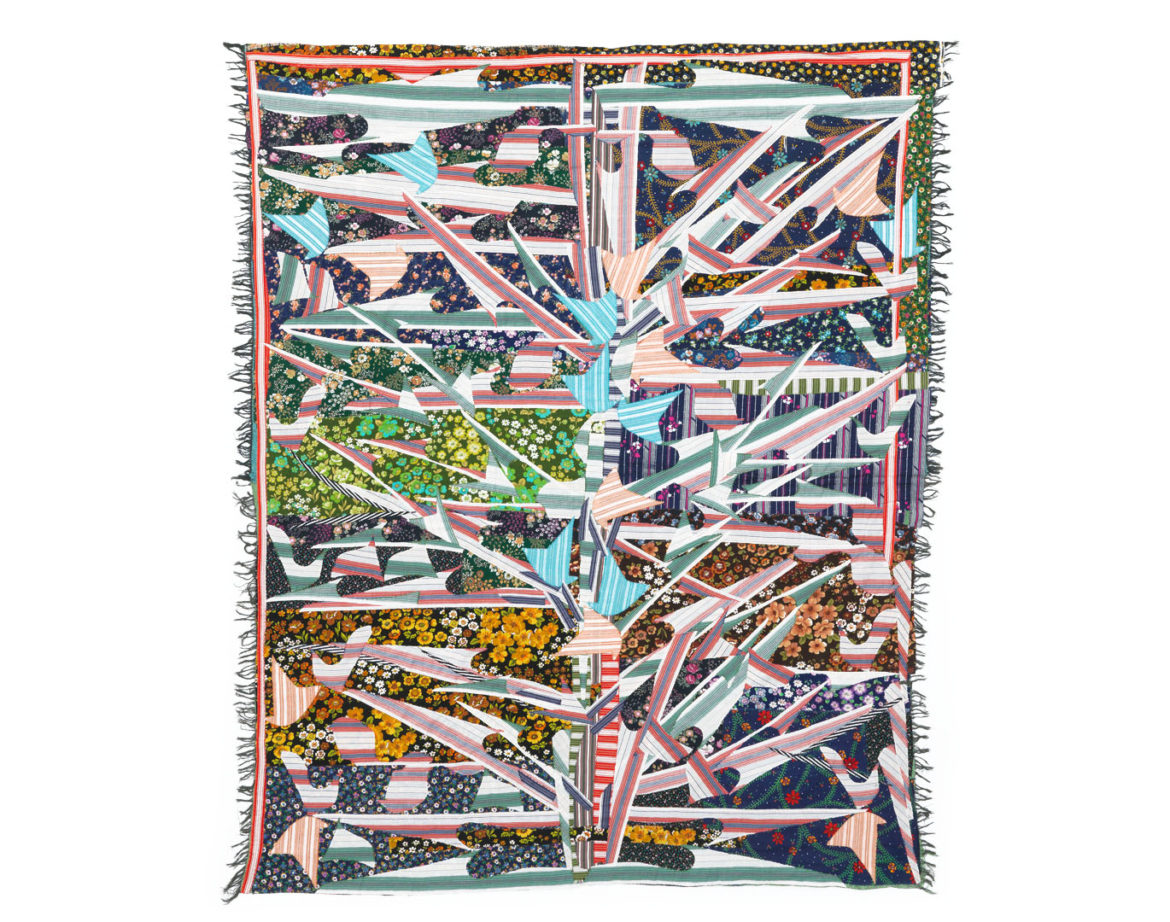 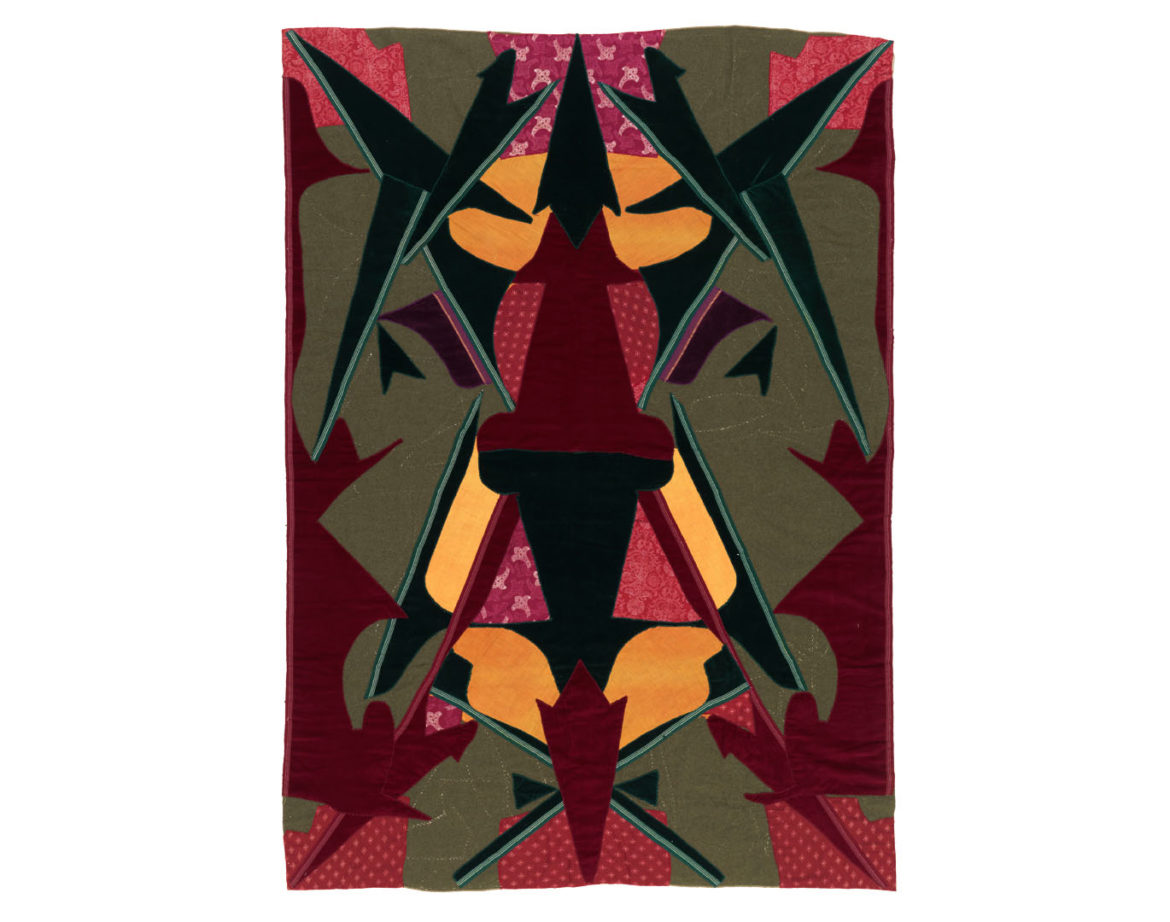 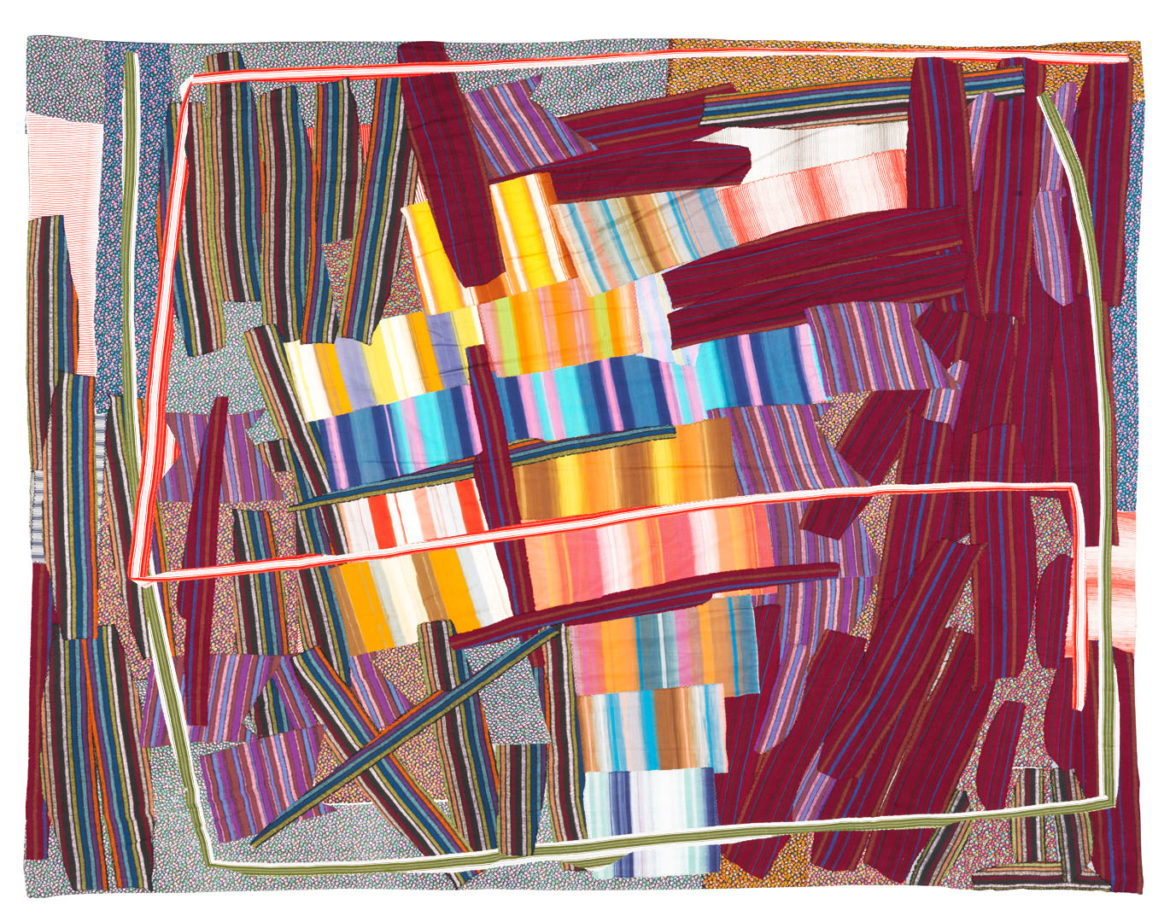 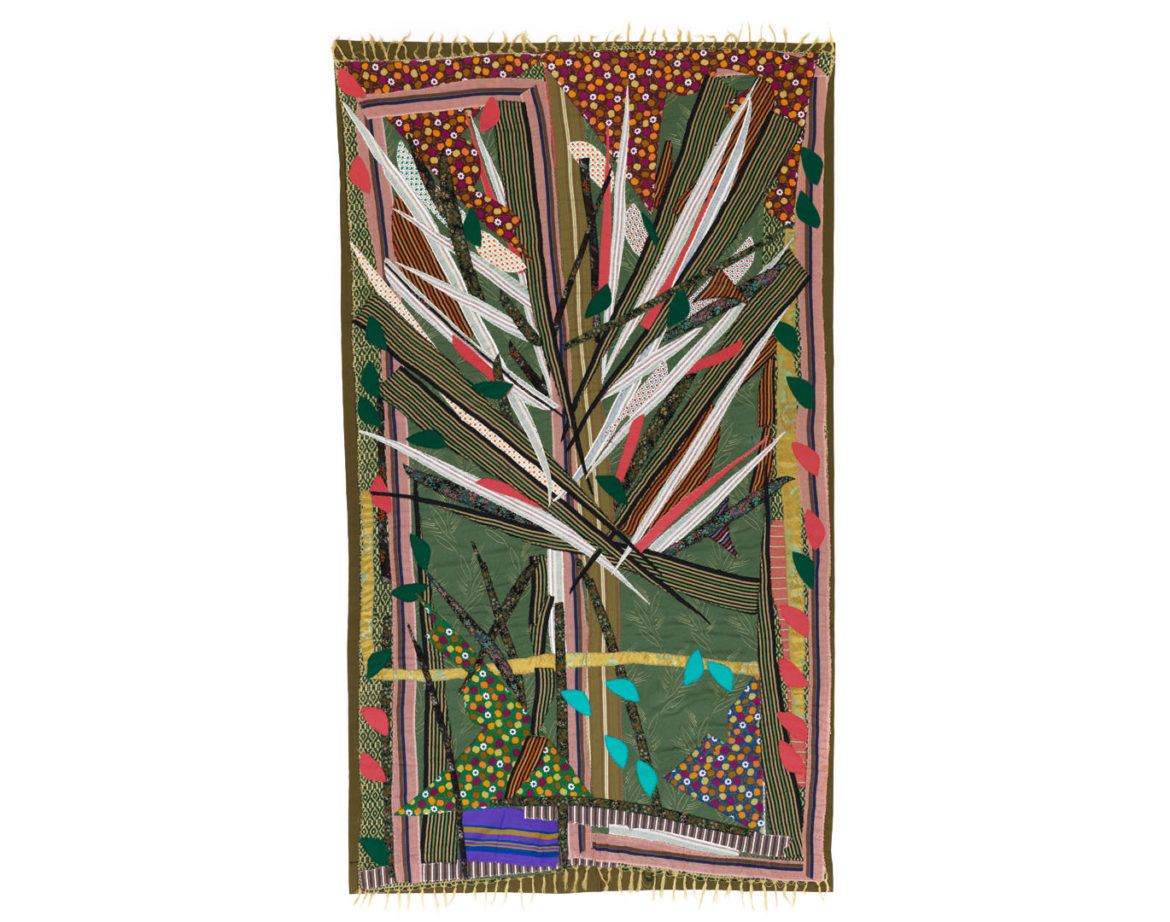 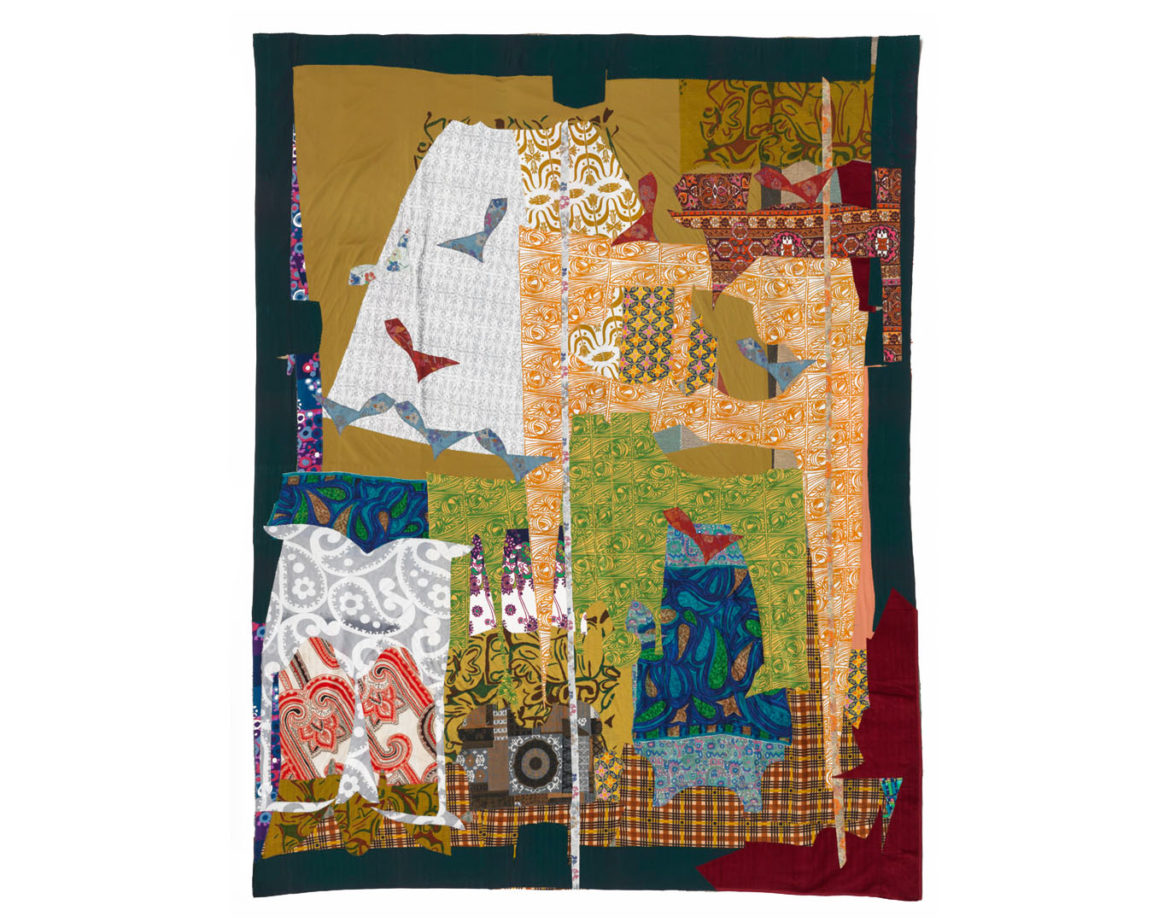 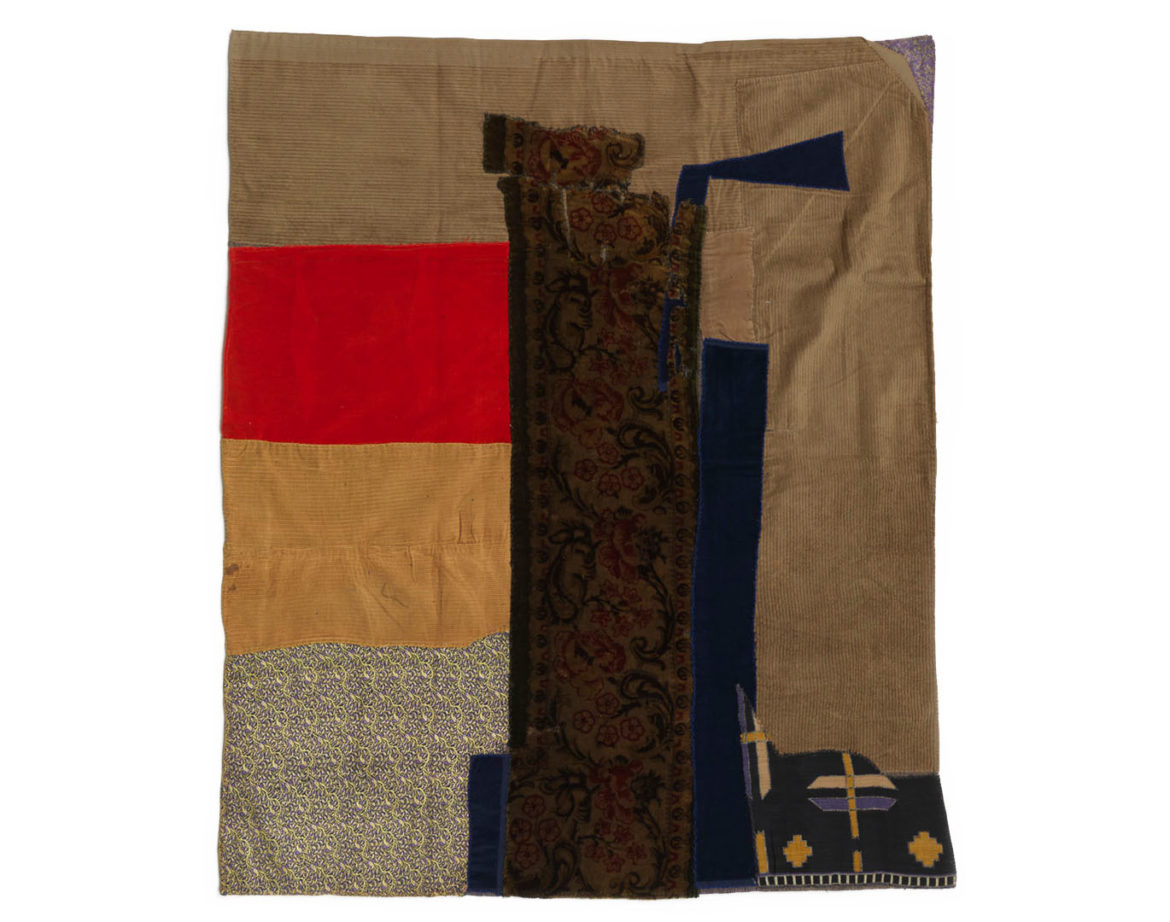 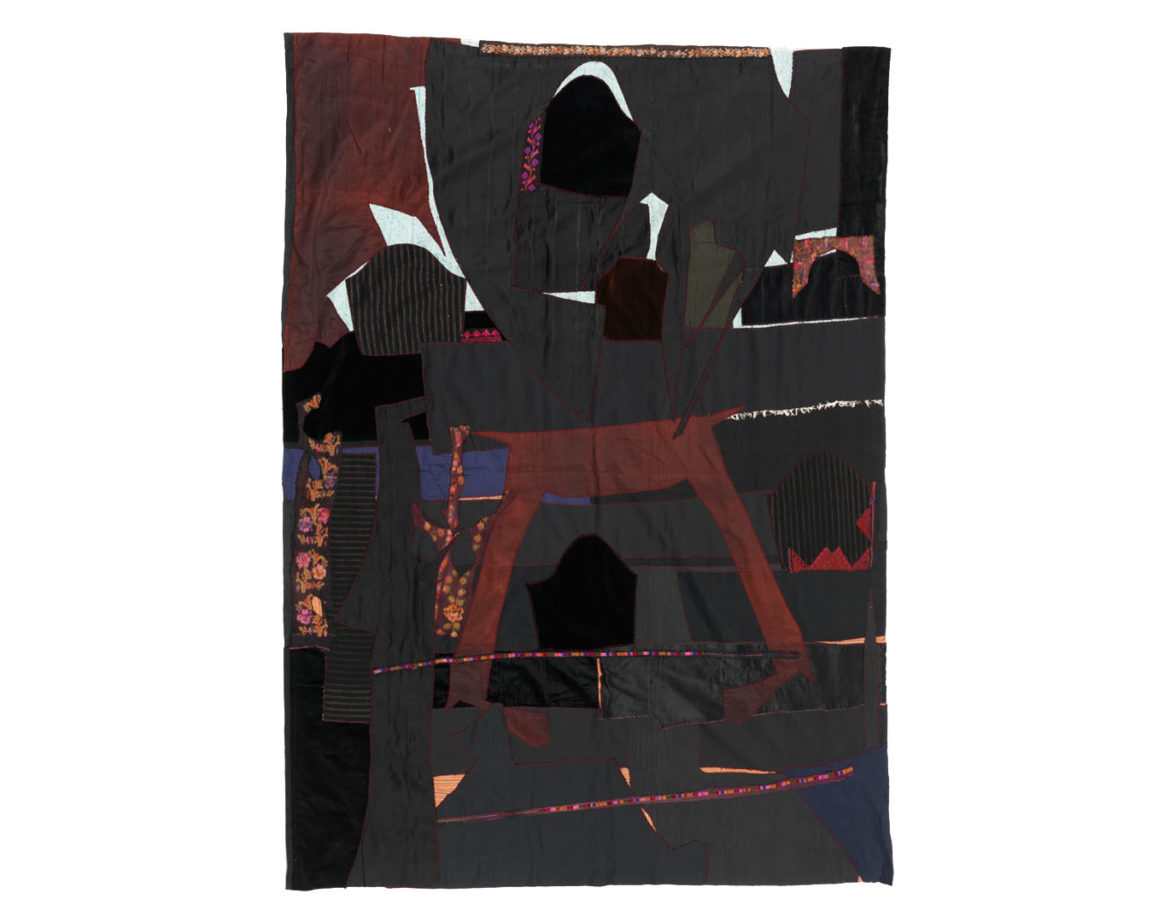 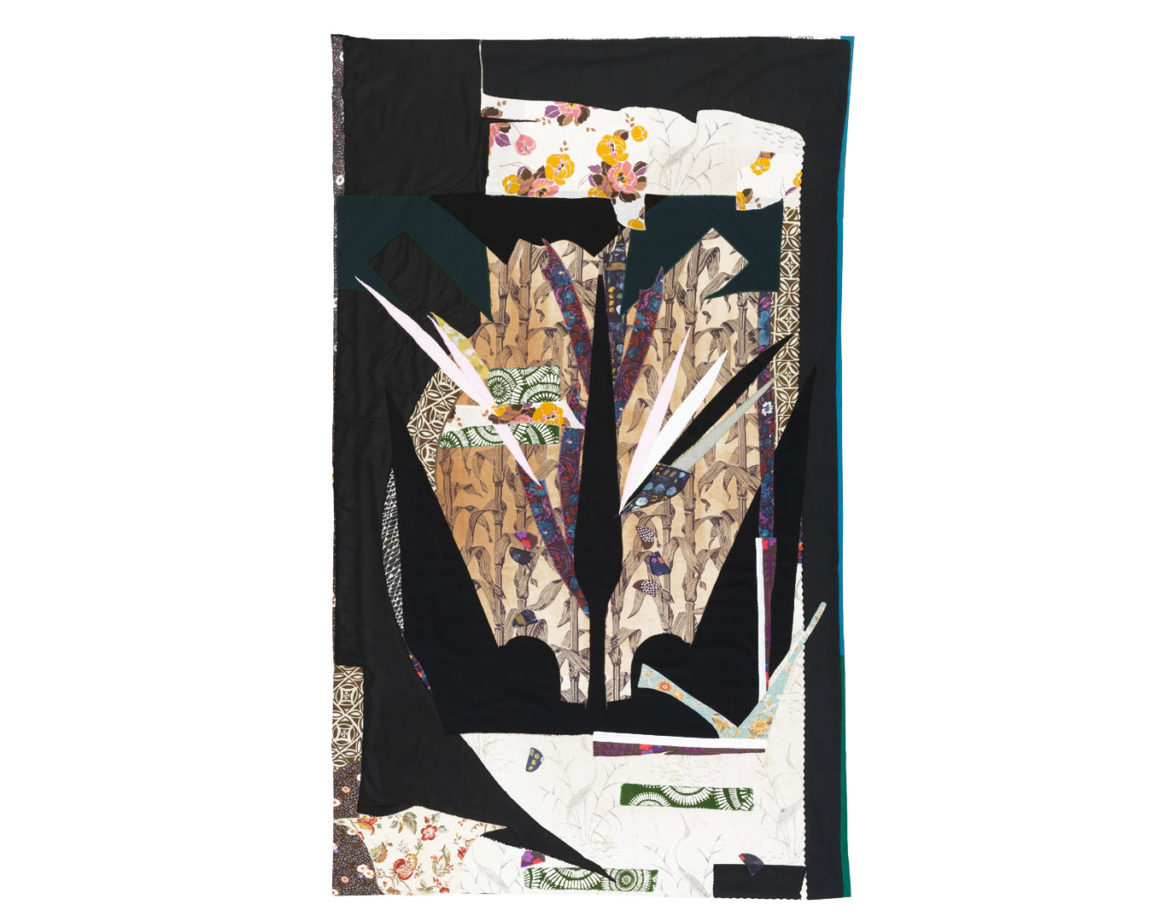 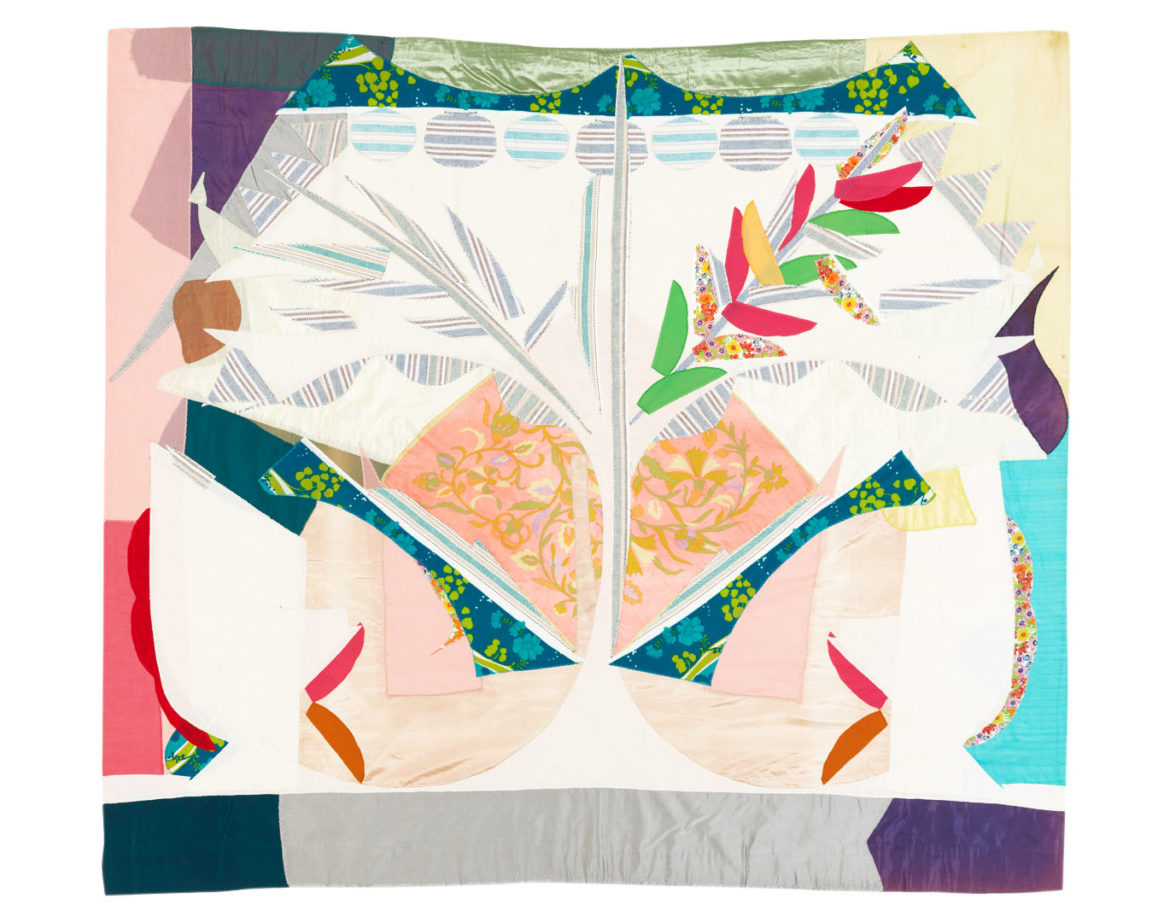 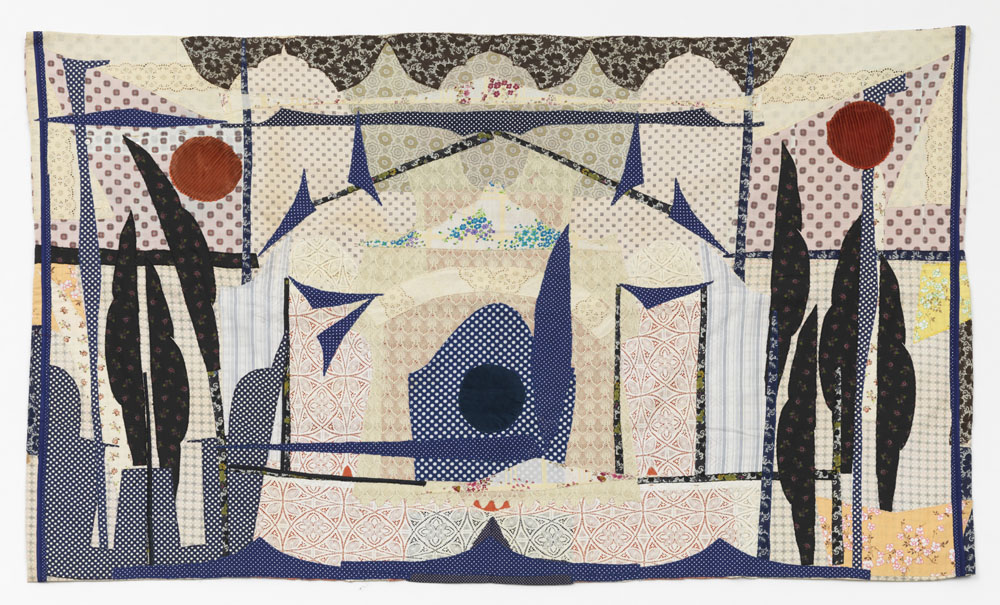 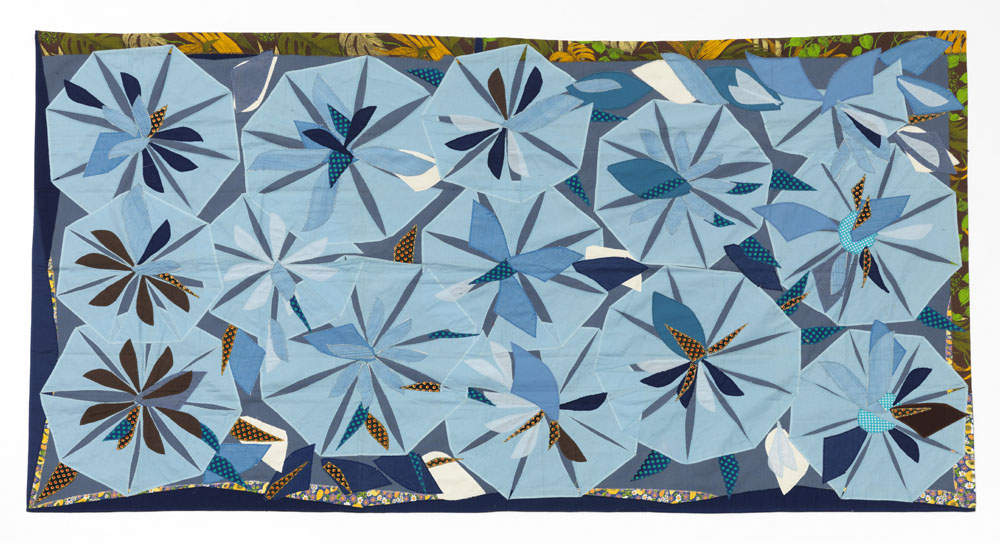 In 1973, Noa Eshkol began creating wall carpets from found fabrics. In her only text addressing the wall carpets, titled, “No Rules, No Theory – Only Passion,” Eshkol writes:

“This occupation had at first no explanation and ideology. It began as an entirely personal urge to make something, not something that involved an intellectual decision. This has not changed, except that with the passing of time, the accumulation of completed hangings, and their exhibition in public, an ideology of sorts has grown round it. It is not something that can be taught, something which can be awarded academic points, because there is nothing to teach. It has no rules (but see next paragraph), no theory – only passion.

There are no rules other than the constraints I have adopted, such as not to buy cloth, to use only offcuts, rags, and discarded clothing that come to hand more or less fortuitously. (The only exception being in some cases the “background,” and then only fabric of neutral or single color – when not enough old sheets, blankets, etc. were to hand.) Another self-imposed rule is not to cut fabric – only to unstitch sewn pieces.

The material is “vulgar,” vernacular: fabric such as is daily met with, and of kinds available anywhere in most of today’s cultures, so that it passes unnoticed most of the time, almost like the air we breathe. This is unlike Movement Notation, where the material is an abstraction of the movement of the body. The use of randomly acquired material gives the hangings virtually the nature of objects trouves. Looking at the material, it is seen that they are themselves compositions, at a low level – compositions in their printed or woven design, which is most often periodic in form. When not amorphic, the shapes of the pieces are quite repetitive, being mainly the negative shapes of body covering (sleeves, etc.), which bestow upon them a near-organic character, because of their association with parts of the human body which they were intended to enclose. These negative shapes are converted by the act of recomposition into new positive shapes, so that it is a sort of recycling, not only of the thrown away fabric, but also the discarded remnants of the designers’ thought. The colors in which the patterns are printed are of course not my choice. Here again, I choose from a palette which was not preselected. There is something of “action painting” in this process. The combinations that result reveal a choosing “I” – one that I do not always recognize as “me.”