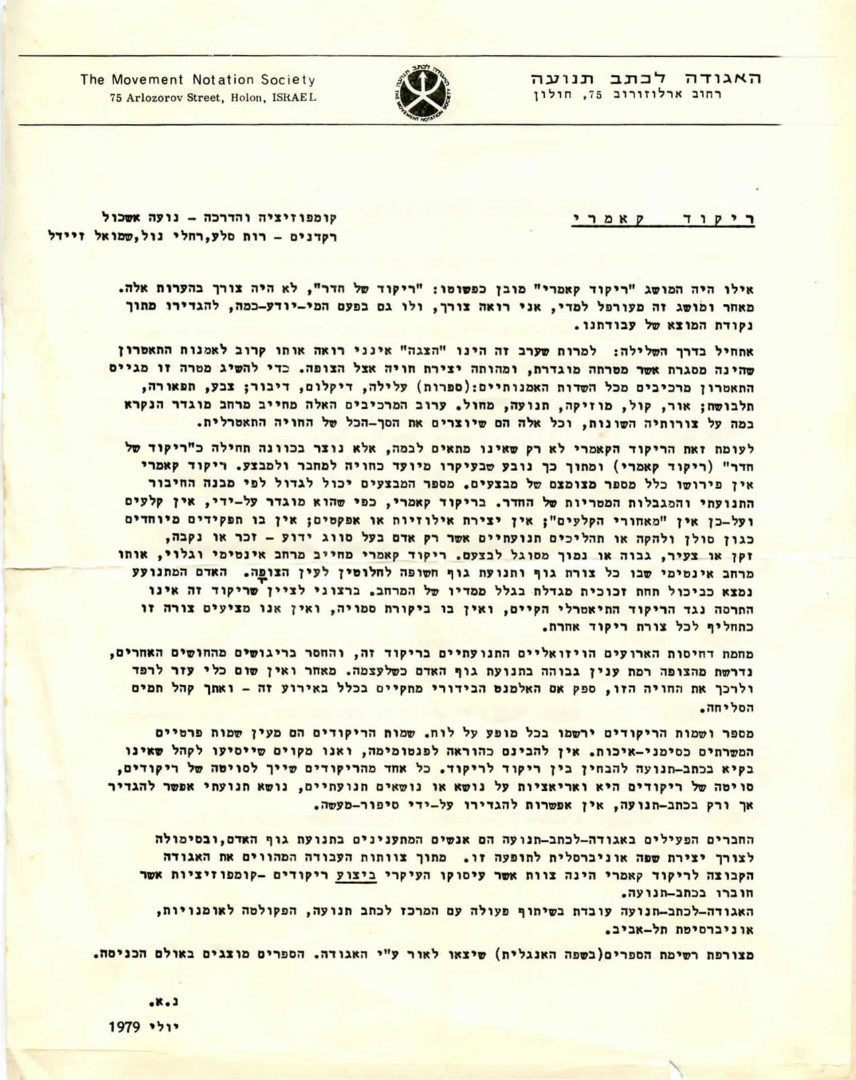 Foreward to Movement Notation Supplement No.1 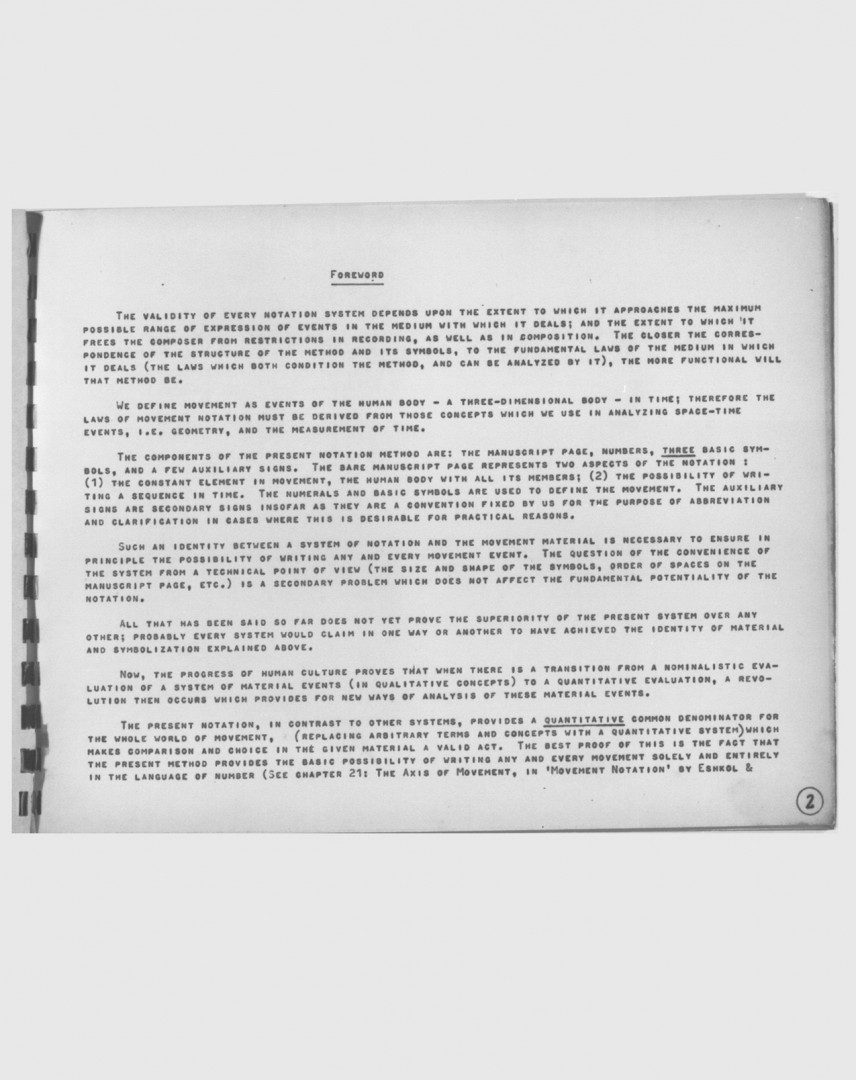 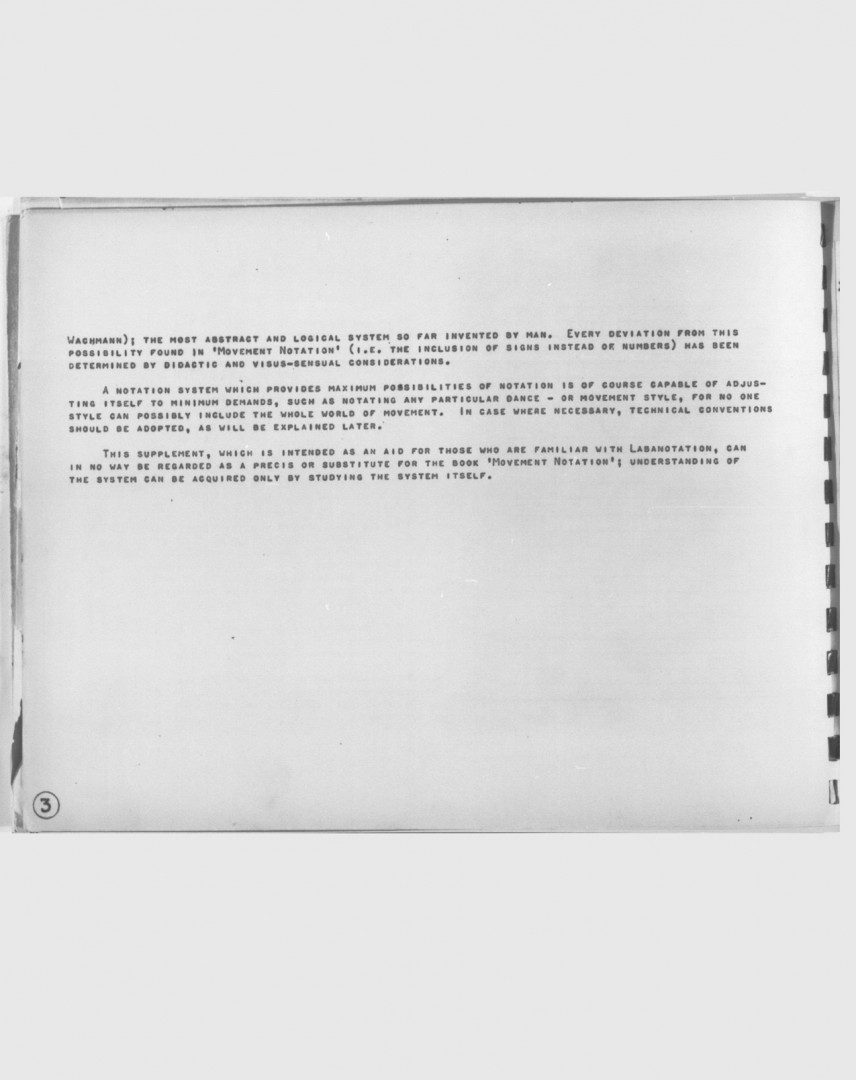 Tutorial on the Function of Time in Art 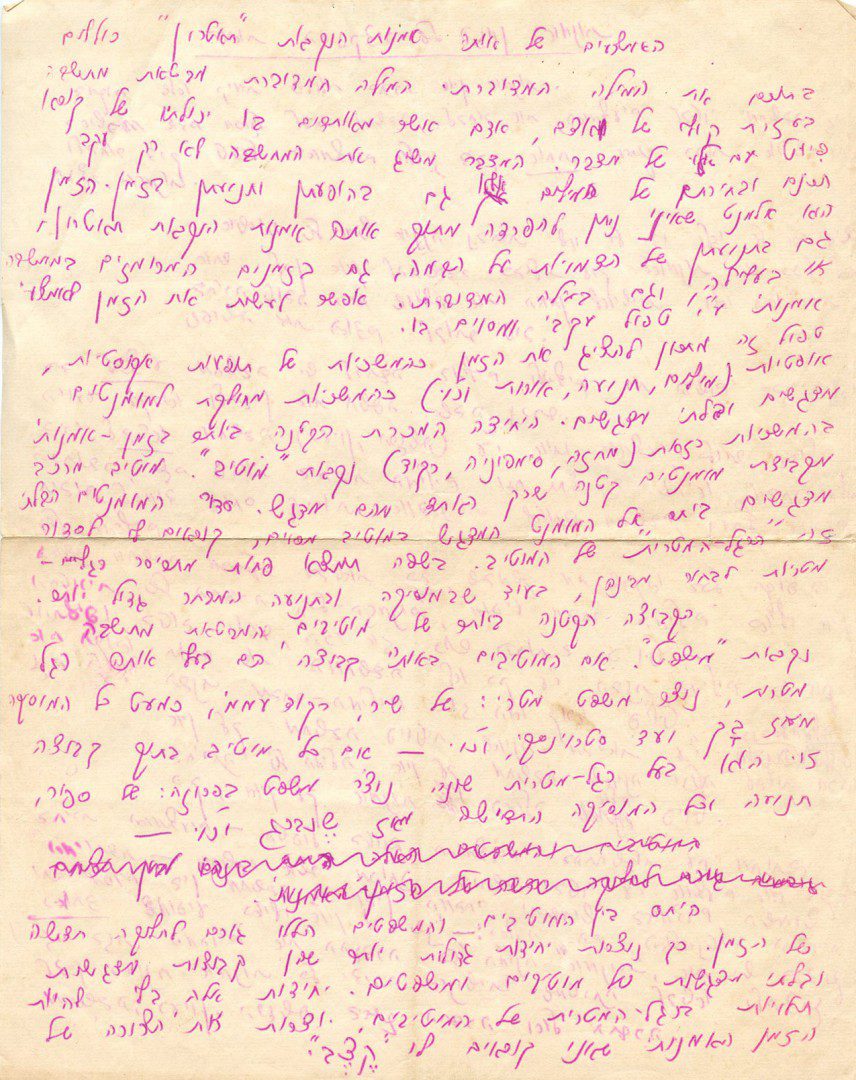 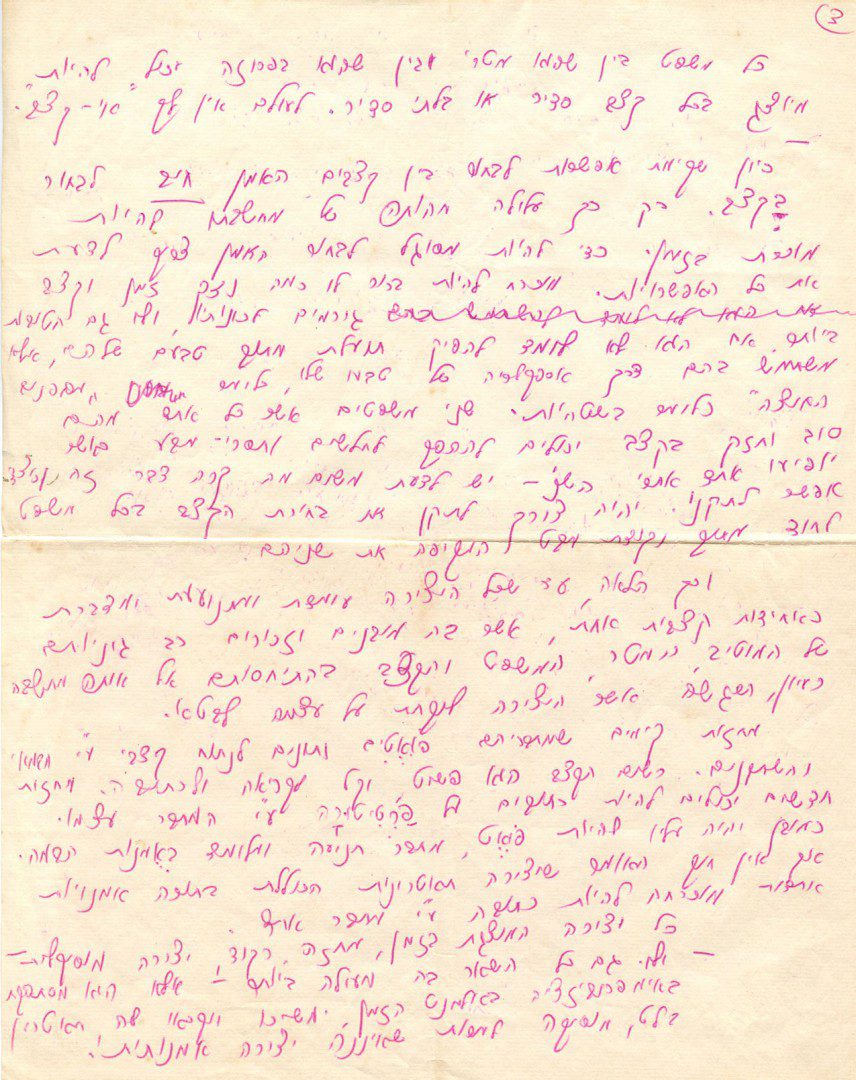 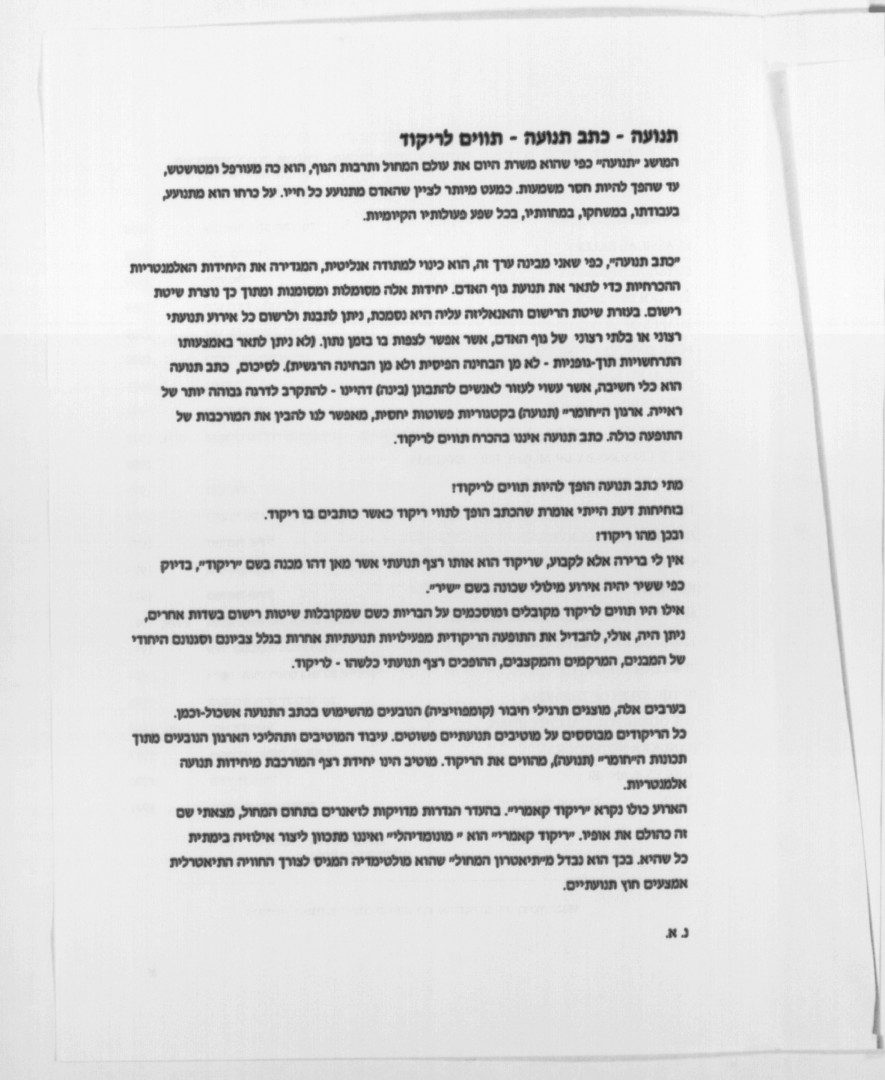 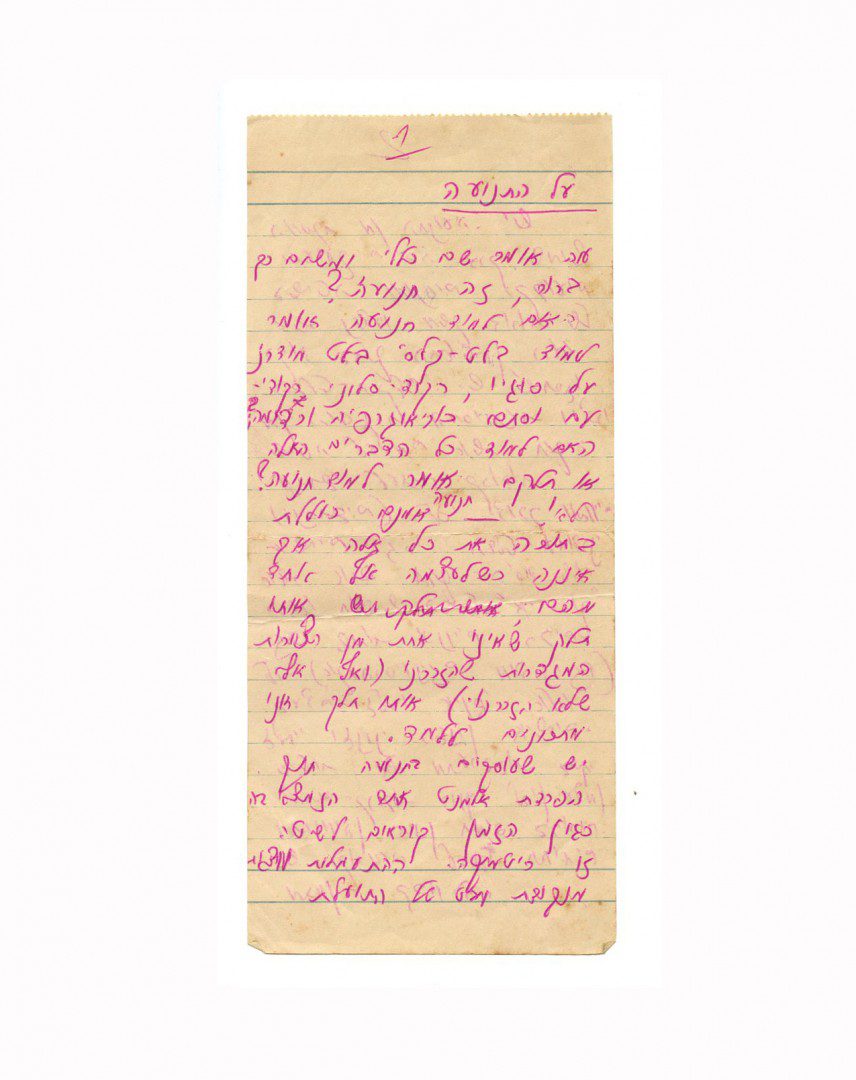 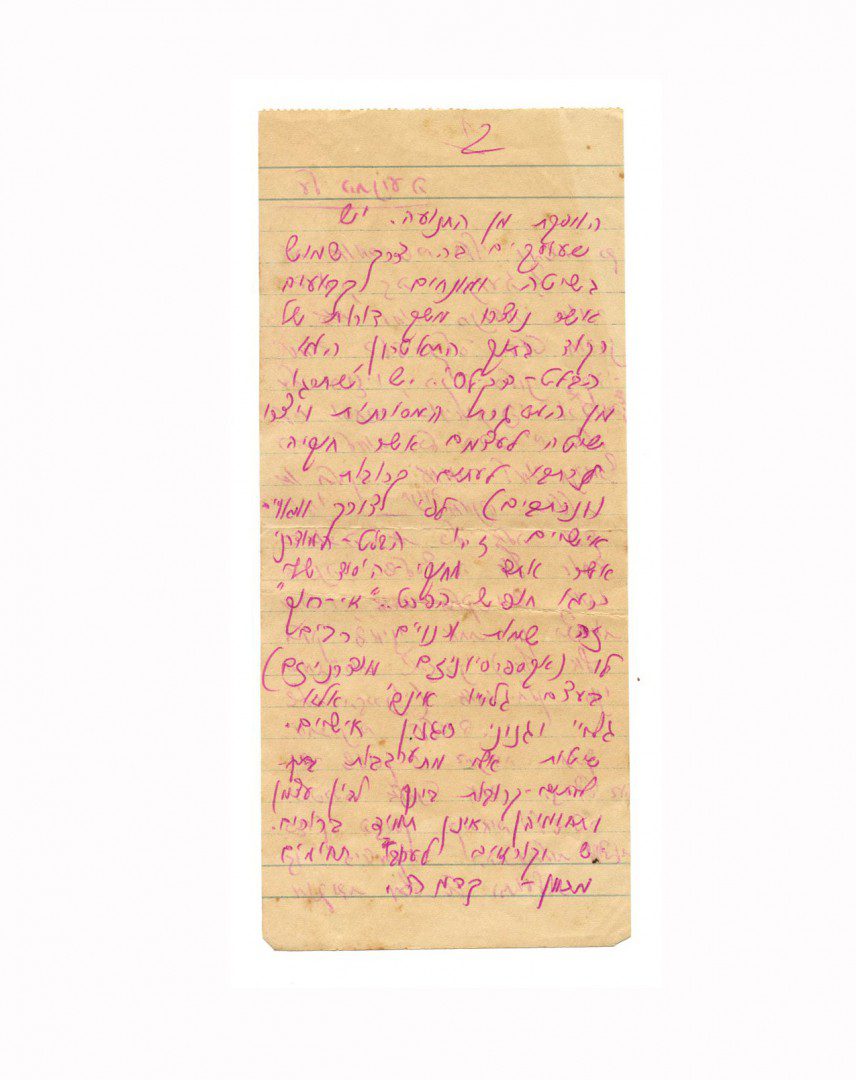 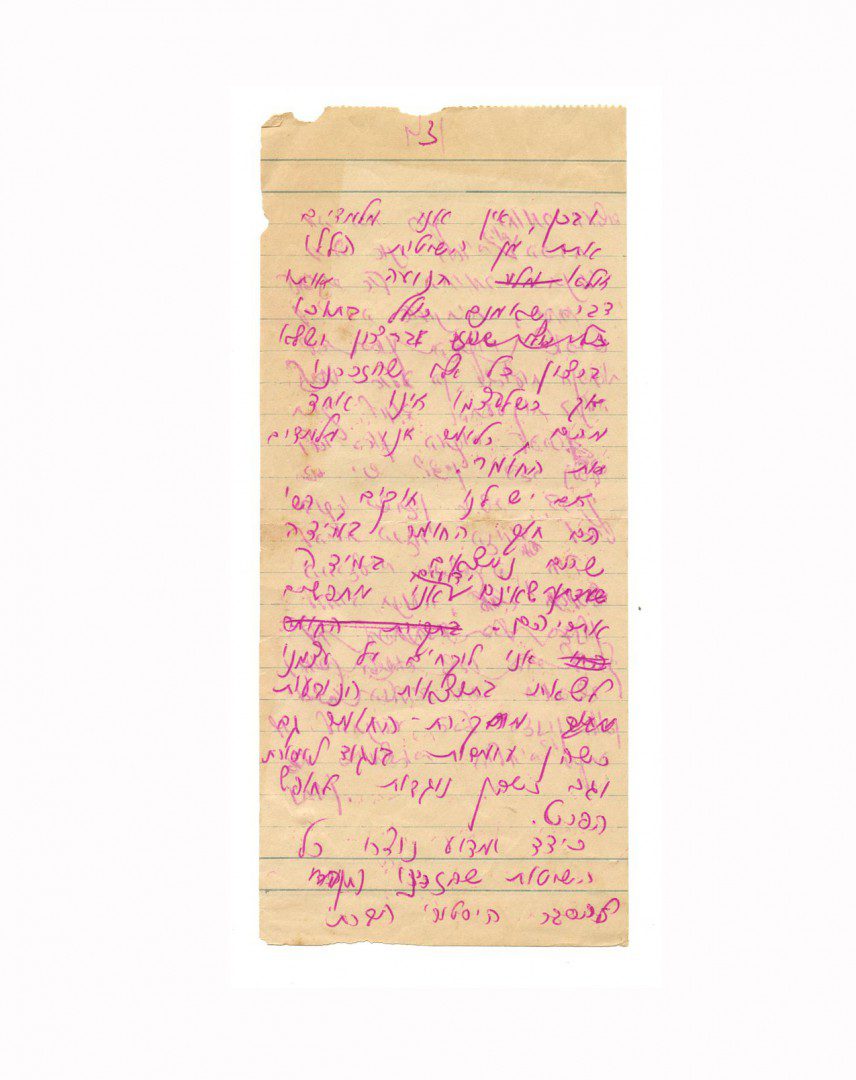 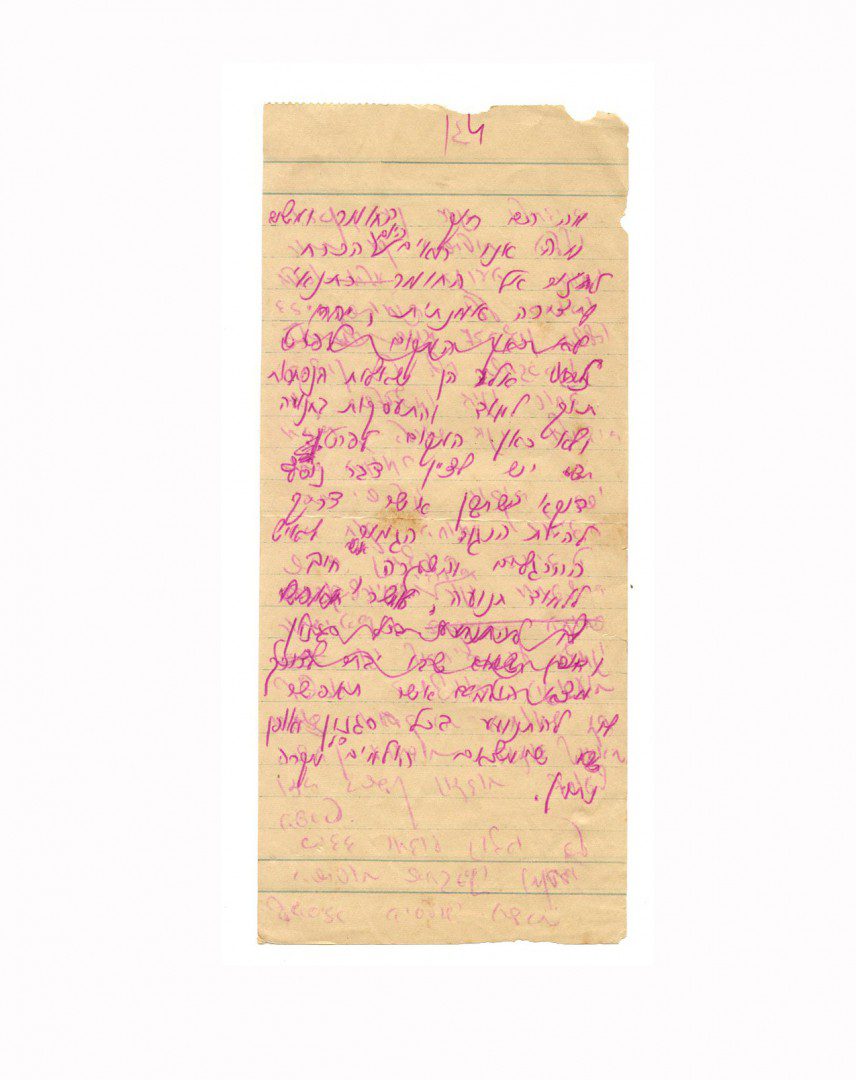 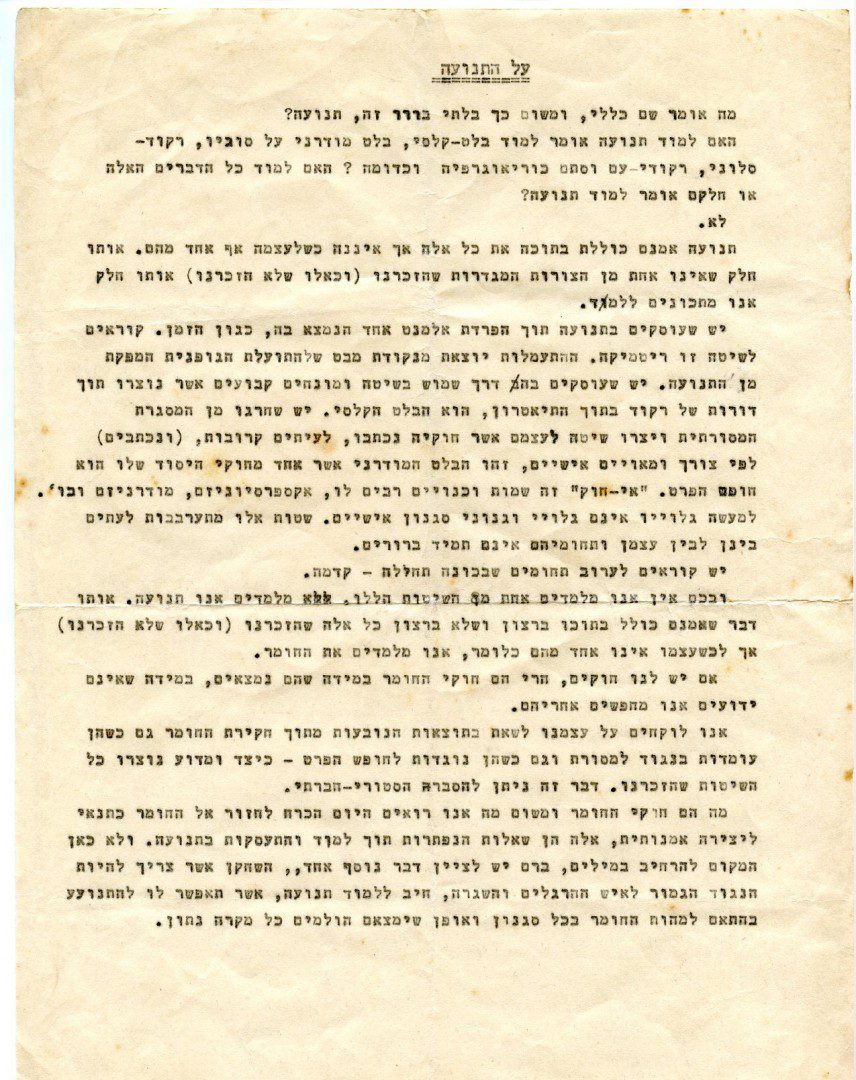 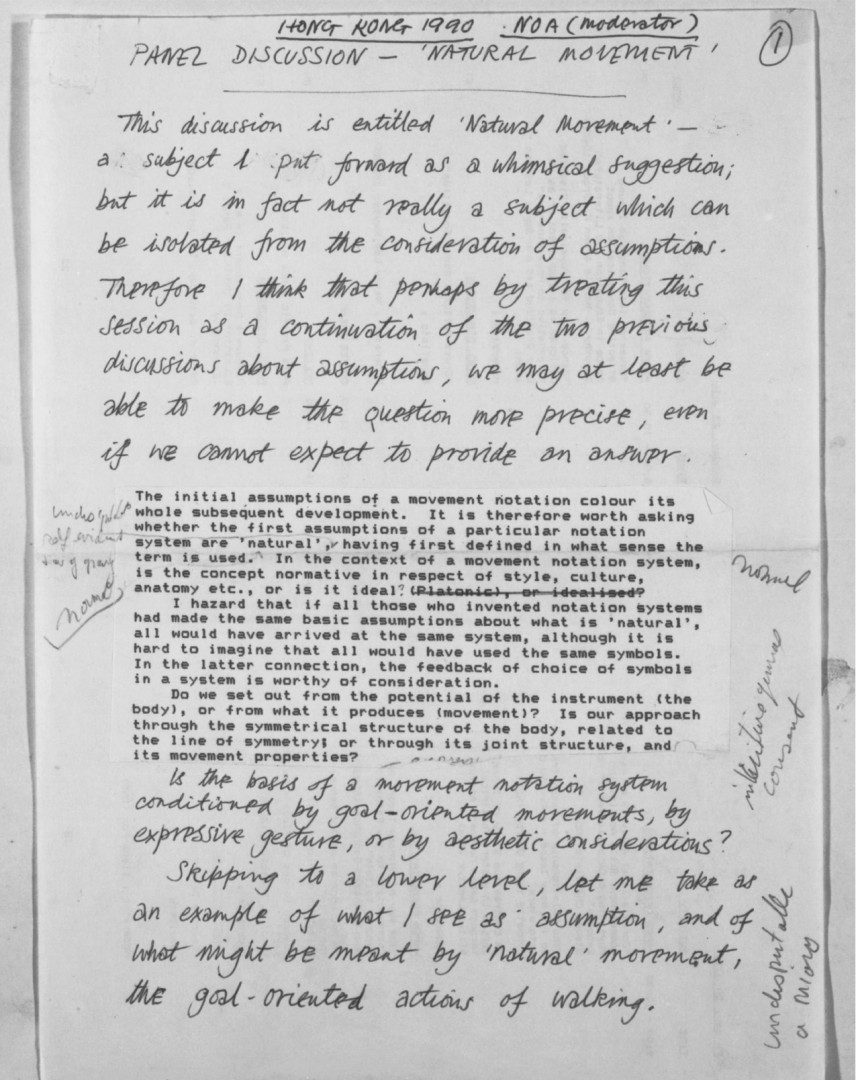 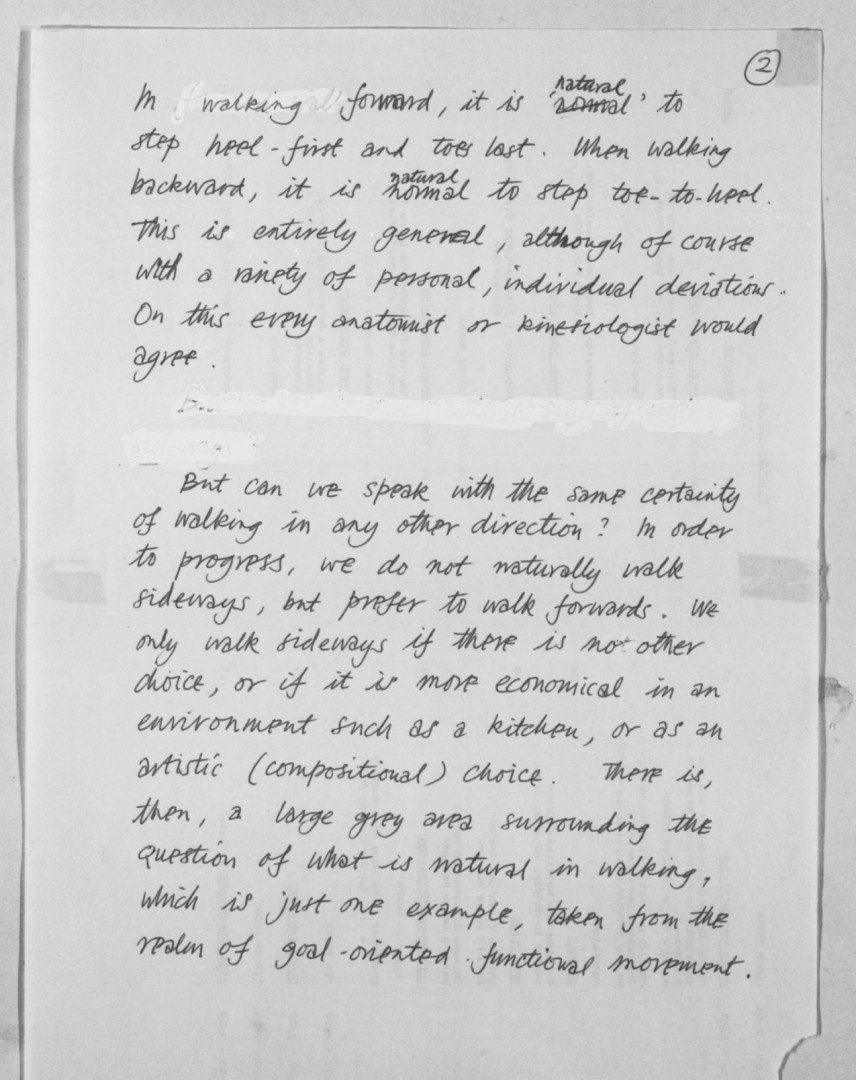 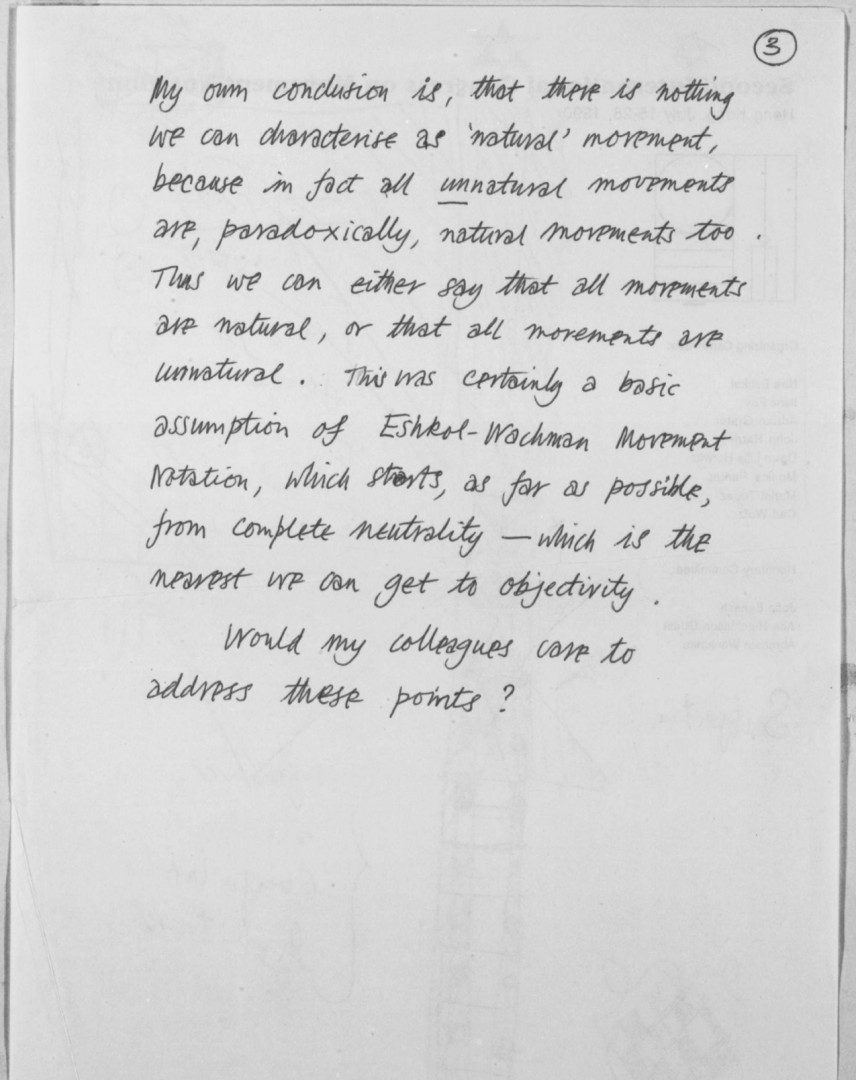 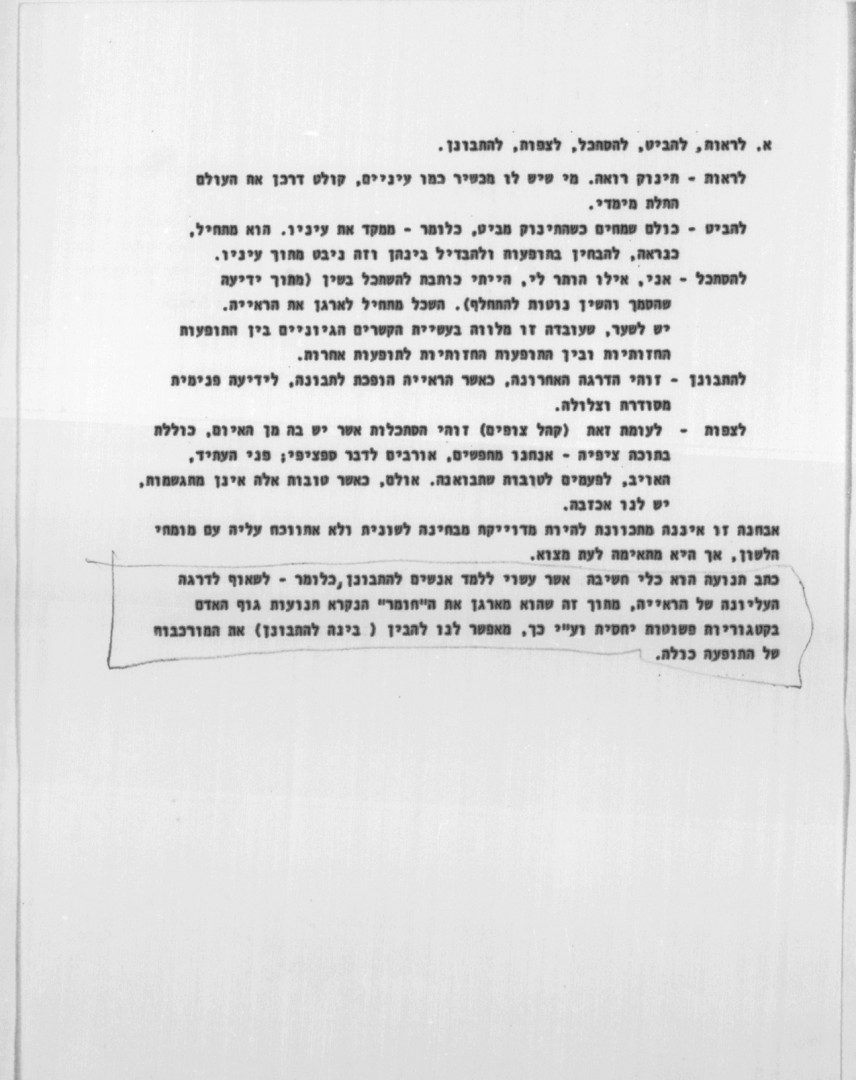 To See  – A baby sees. Whoever has an instrument such as eyes, perceives the three-dimensional world through them.
To Look – Everyone is happy when a baby looks at things – focuses his/her eyes. Apparently, he/she begins to notice phenomena, and to distinguish between them, and it is reflected in his/her eyes.

To Watch –If it were up to me, I would have written point-of-viewing. The brains begin to organize one’s sight.
It stands to reason, that this is accompanied with a forging of logical links between visual phenomena, and between the latter and other phenomena.
To Observe –This is the ultimate level, in which sight becomes intelligence, an ordered and lucid internal knowledge.
To View  –(by spectators), on the other hand, is a way of looking that involves a threat, an expectation – we are searching, lurking for a particular thing; for the face of the future, or that of an enemy, and sometimes for the goodness that may await us. However, when this goodness fails to materialize, we are disappointed.

Movement Notation is a thinking tool that may teach people the art of observation, i.e. encourage them to aspire for the ultimate level of seeing. It does so by organizing the “material” known as movements of the human body in relatively simple categories, thereby allowing us an insight (in-sight) into the complexity of this phenomenon as a whole.