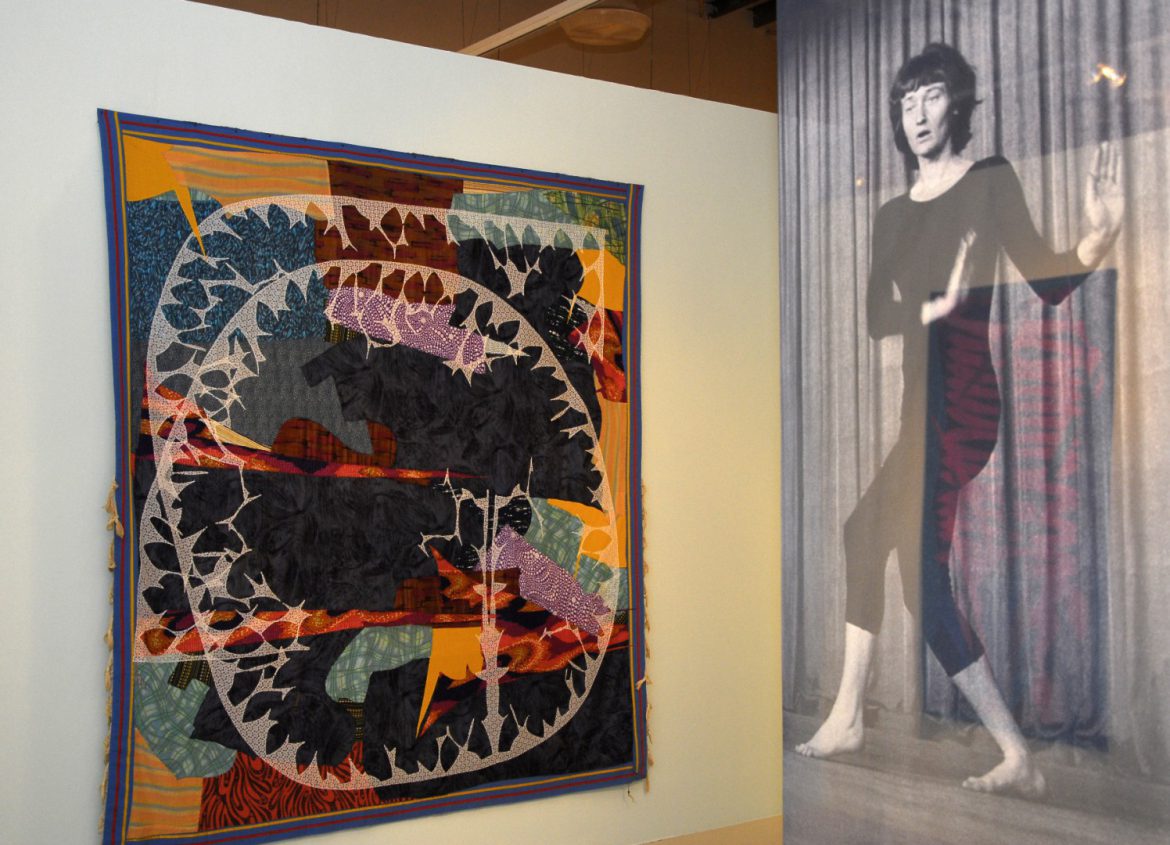 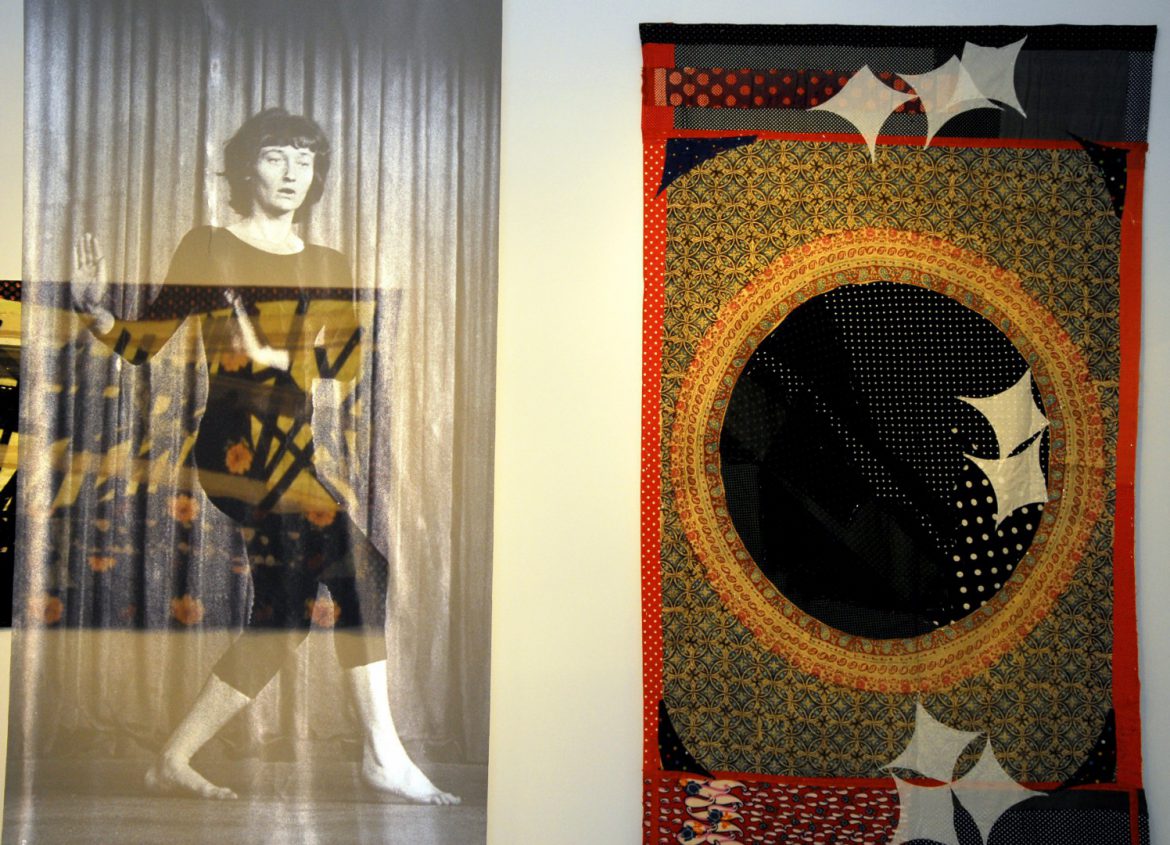 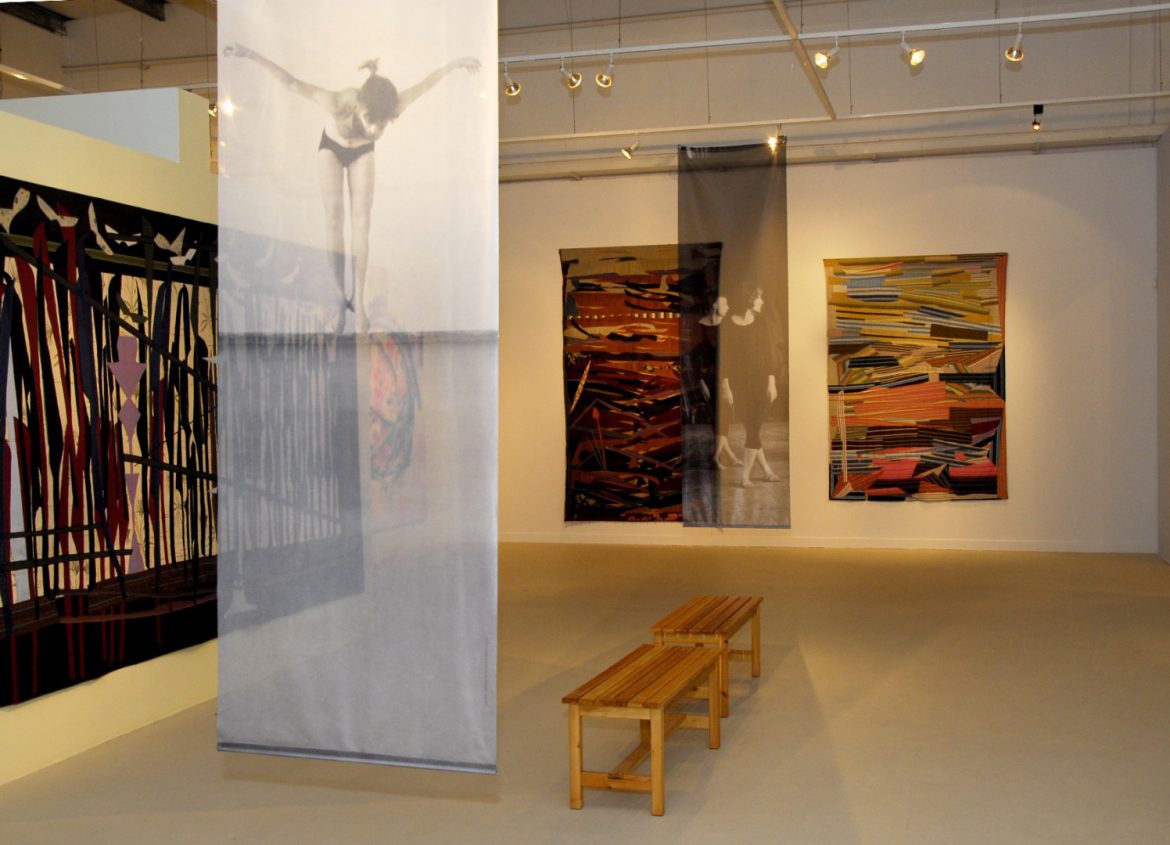 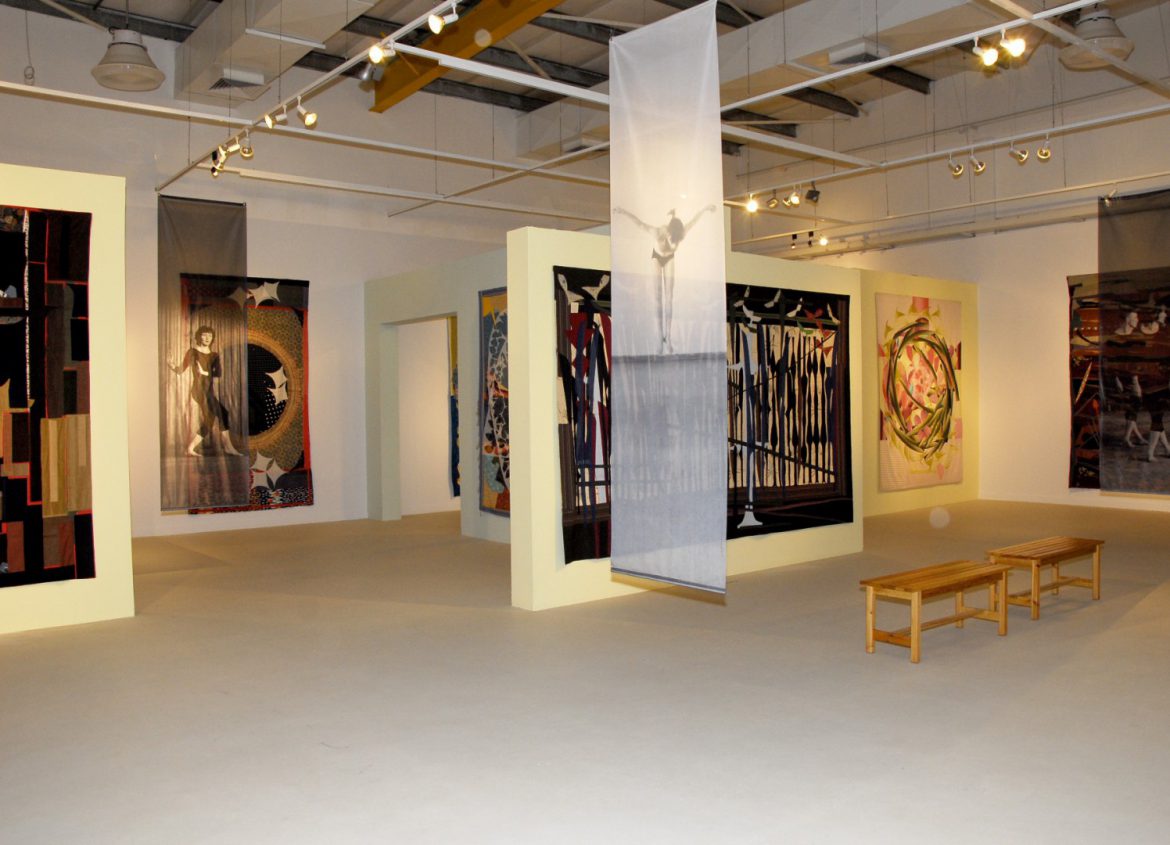 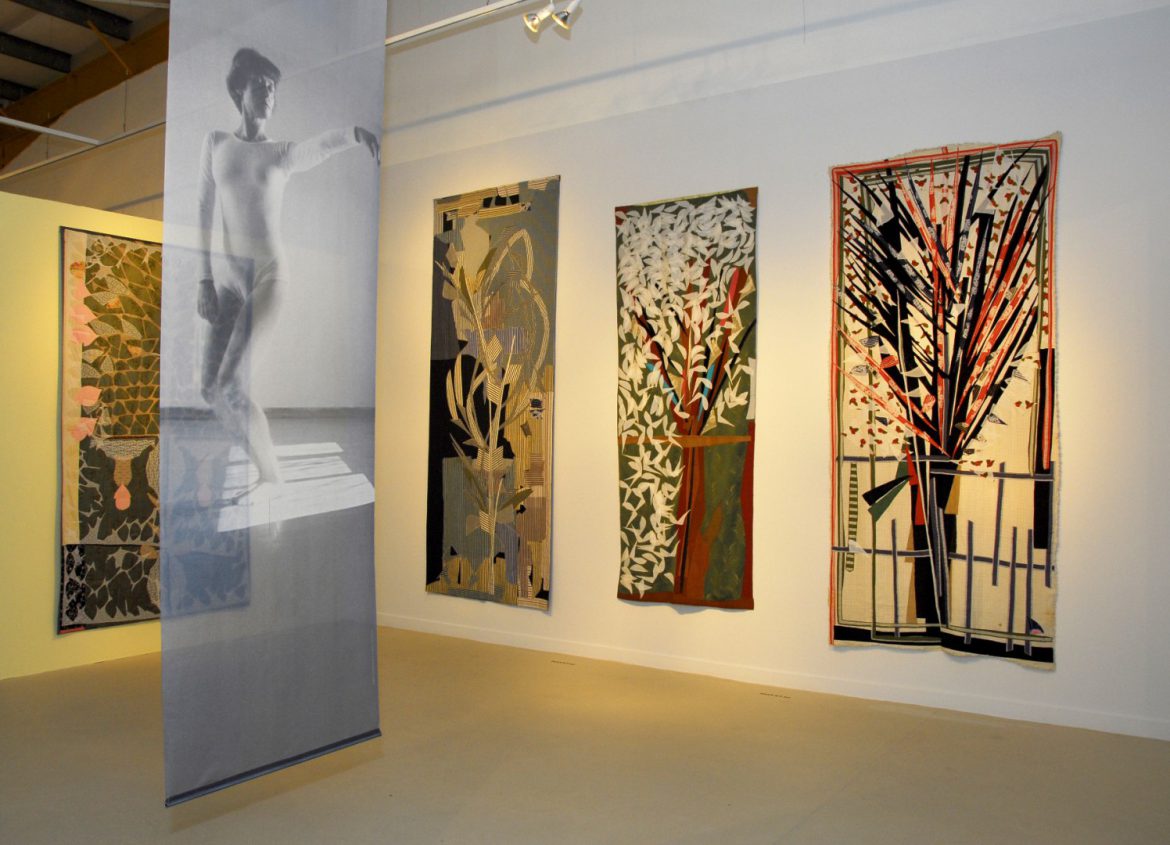 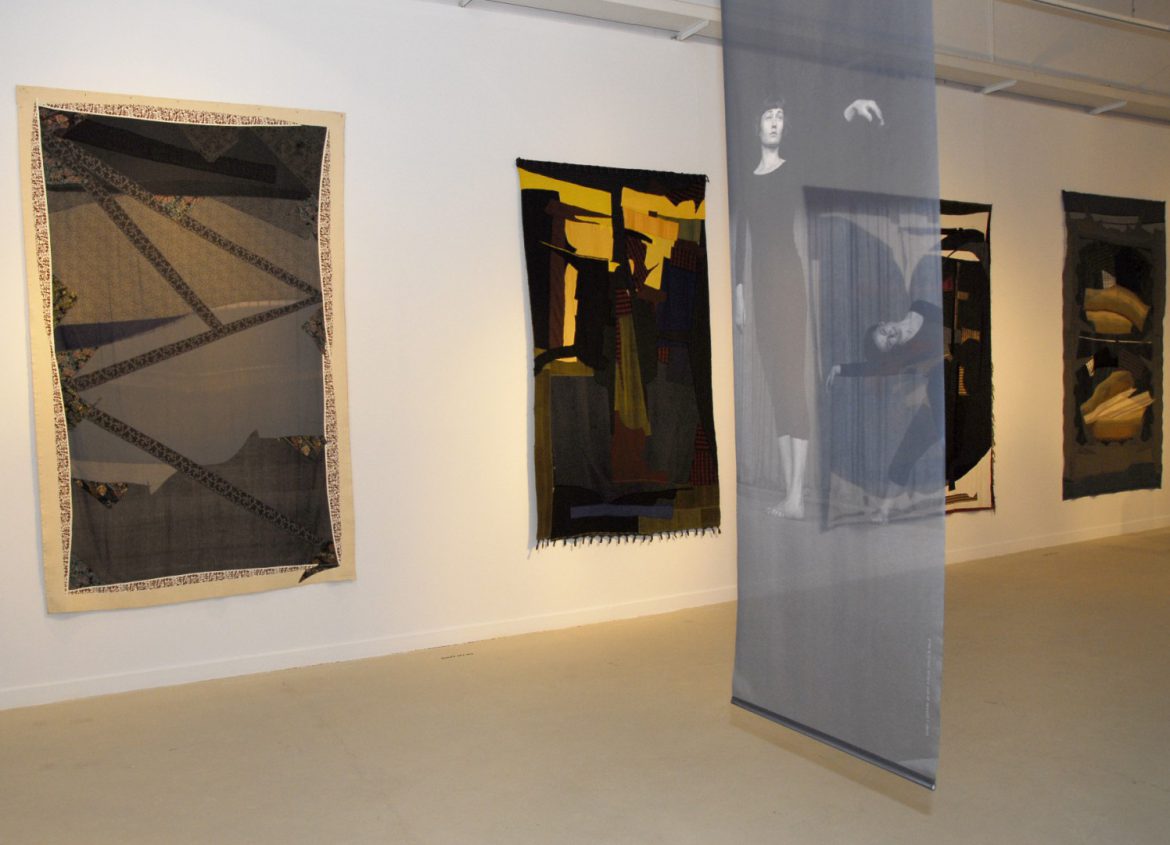 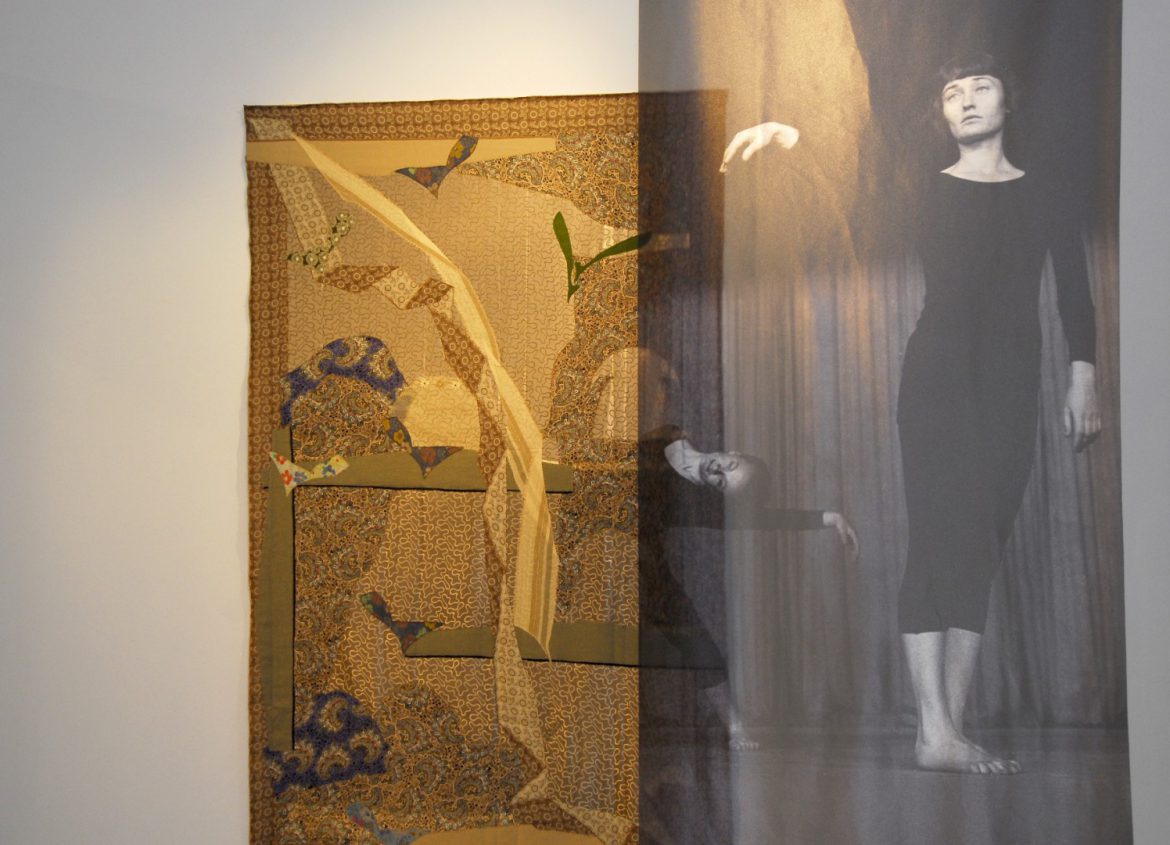 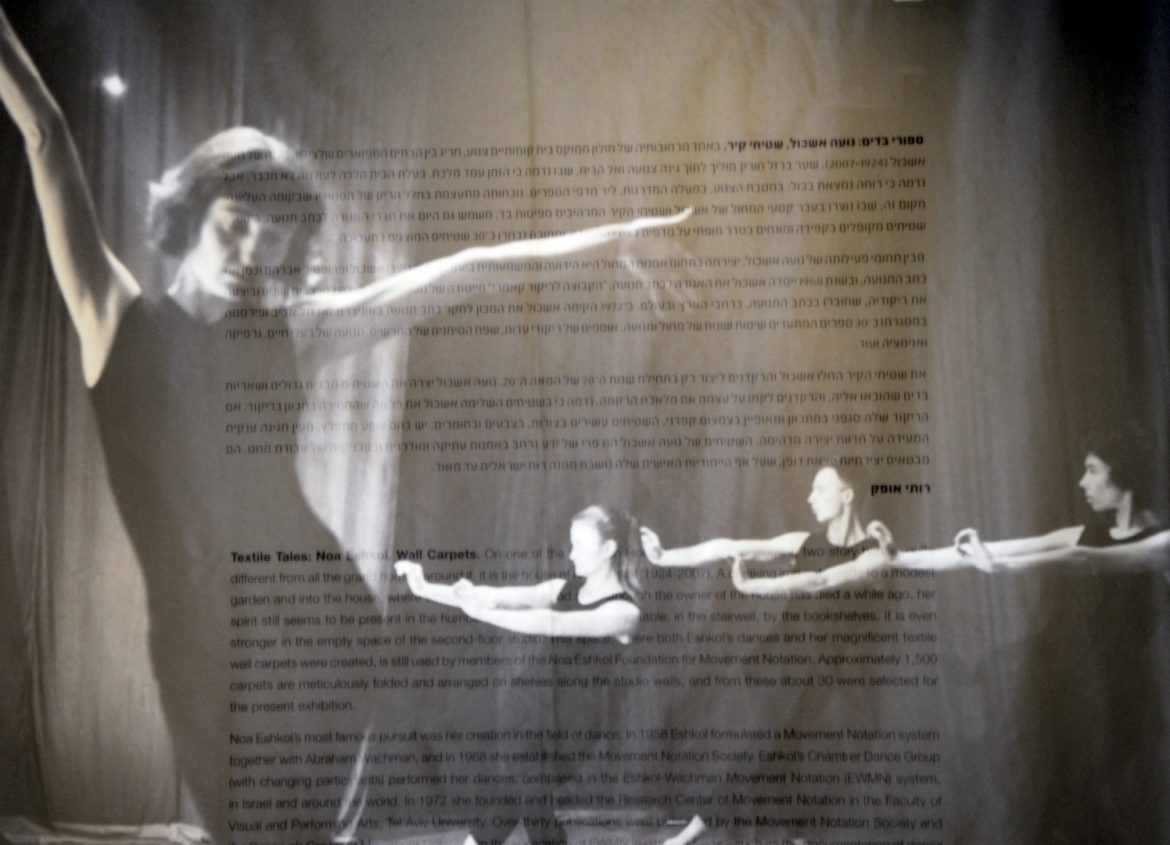 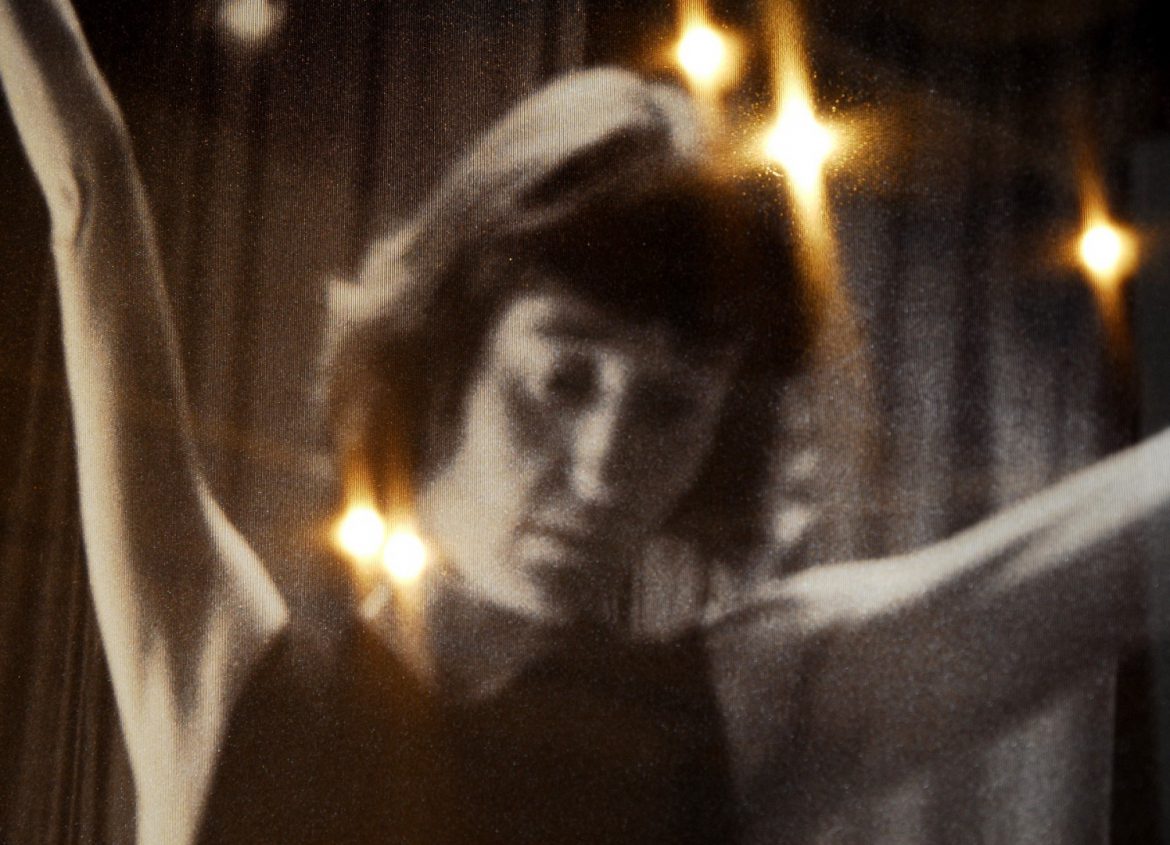 On one of the streets in Holon there is an unassuming two-story house, quite different from all the grand houses around it: it is the house of Noa Eshkol (1924-2007). A creaking iron gate leads to a modest garden and into the house, where time seems to have stood still. Although the owner of the house has died a while ago, her spirit still seems to be present in the humble kitchen, around the dining table, in the stairwell, by the bookshelves. It is even stronger in the empty space of the second-floor studio. This space, where both Eshkol’s dances and her magnificent textile wall carpets were created, is still used by members of the Noa Eshkol Foundation for Movement Notation. Approximately 1,500 carpets are meticulously folded and arranged on shelves along the studio walls, and from these about 30 were selected for the present exhibition.

Eshkol and her dancers started making wall carpets in the early 1970s. The carpets were made of large fabrics and fabric remnants that various people collected for her, and the dancers were in charge of stitching. It seems that in her carpets Eshkol deliberately added all that she eliminated in her dances. While the dances are consciously ascetic, her carpets are rich in forms, colors and materials, profusion and abundance that attest to an astounding joy of creation. Noa Eshkol’s carpets are the fruit of remarkable familiarity with ancient and modern art, as well as with needlework techniques. While stamped with Eshkol’s unique personality, they are also profoundly Israeli. 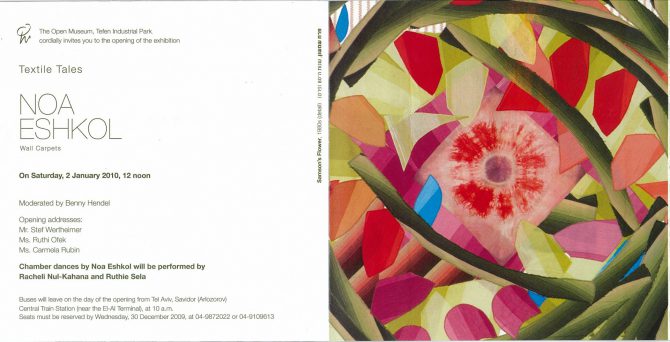 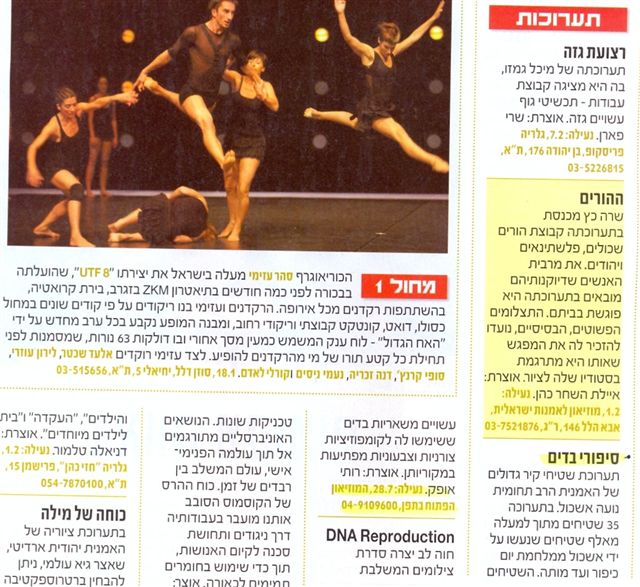