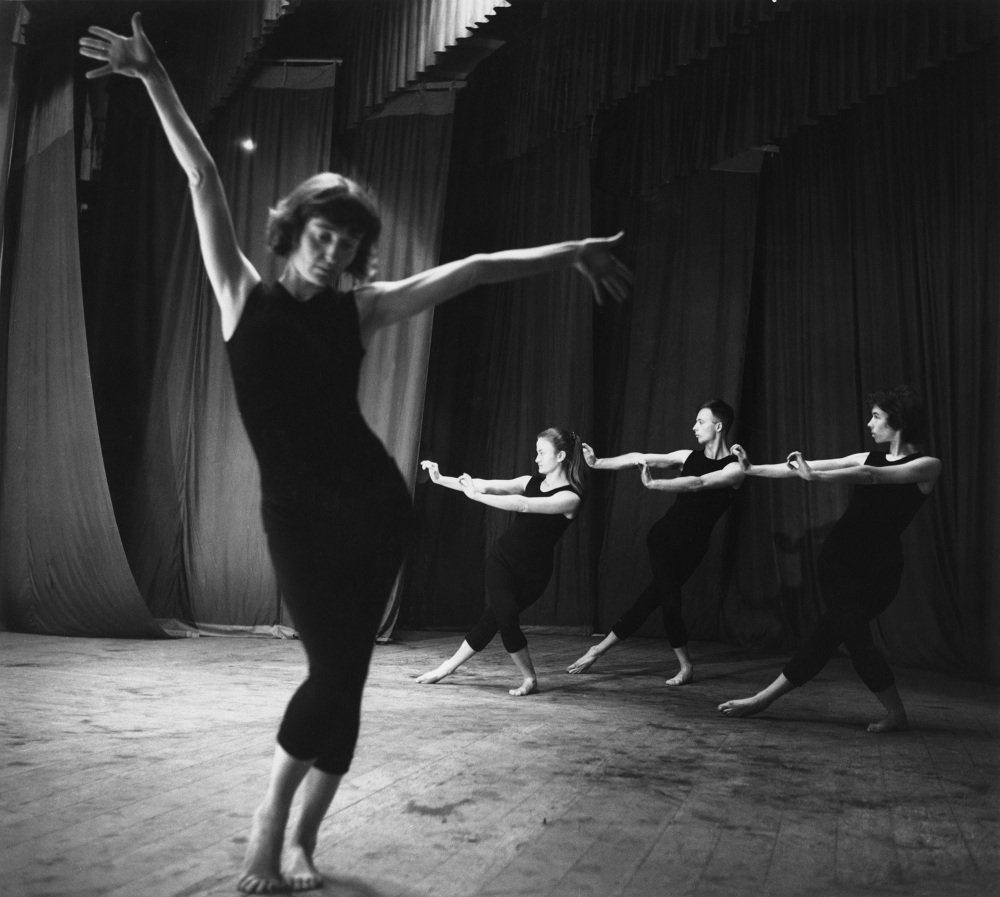 Noa Eshkol began her professional career in the 1950s as a dancer, choreographer and theorist. In 1954, she founded The Chamber Dance Quartet in Holon, outside Tel Aviv , Israel. In her quest to precisely capture and analyze movement of the body, she created the notation system “Eshkol-Wachman Movement Notation (EWMN)” together with her pupil, the architect to be Avraham Wachman. The ground-breaking system, like music notation, is used for both documenting and communicating but rather than capturing musical tone and rhythm it represents physical movement. The system could be used beyond dance, as a common notation device in zoology, psychology, neurology and medicine. The exhibition presents extensive material from The Noa Eshkol Archive, including original EWMN illustrations, documentary films and photographs of the chamber dance group, and her own notebooks. All in all, we are given insight into the inter-disciplinary practice of an artist so strikingly singular and ahead of her time as to only now be able to meet the audience with the totality of her interests and output.

Noa Eshkol’s chamber dance group developed a collaborative process by both living and working together. In the early 1970s, Eshkol began creating textile works that she called wall carpets, assembled from offcuts and rags. Noa Eshkol set a rule that no pieces of cloth were to be cut or modified; instead she composed images based on given shapes. Her textile works, like her dance pieces, were the result of collaboration – the chamber dance group embroidered the pieces of fabric arranged by Noa Eshkol.

In recent years, Eshkol’s colourful wall carpets have gained attention. “Noa Eshkol: Rules, Theory & Passion” brings together a large number of rarely shown works from the 1970s to the 1990s, inspired by folk tales, literature, the work of other artists, geometry, still lifes and landscapes.

“At first, the work had no explanation or ideology. It began as a personal need to do something, nothing that involved intellectual considerations. (…) There were no rules, no theory – just passion”. (Noa Eshkol on her textile art)

In Noa Eshkol’s dance practice, the rules and theory were integral, however this seemingly rigid discipline gave a frame for the expression of passion, desire and pure creativity, as evidenced by the sheer range of the material exhibited.

In recent years Noa Eshkol’s research and art have attracted increased attention. In 2008, the American artist Sharon Lockhart encountered The Noa Eshkol Archive during an artist residency in Israel. This led to the exhibition «Sharon Lockhart | Noa Eshkol» shown at the Israel Museum in Jerusalem and the CCA, Tel Aviv, the Los Angeles County Museum of Art (LACMA), the Jewish Museum in New York and the Thyssen-Bornemisza Art Contemporary – Augarten in Vienna between 2012-2013.

“Noa Eshkol: Rules, Theory & Passion” is produced by Oslo Kunstforening, Norrköping Art Museum and Jewish Culture in Sweden. The exhibition is curated by Marianne Hultman and Helena Scragg. Program curator is Lizzie Oved Scheja. The exhibition will be shown at Norrköping Art Museum between March 26 – October 2, 2022. The Noa Eshkol Foundation for Movement Notation, Holon and Galerie neugerriemschneider Berlin are partners and lenders. In addition, Oslo Kunstforening collaborates with the Ultima Festival 2021 and Norrköping Art Museum collaborates with Dans i Öst, Region Östergötland on a contemporary dance program in the summer of 2022.

About Noa Eshkol
After taking piano lessons as a child, Noa Eshkol enrolled in the Tilha Rössler dance school in Tel Aviv in 1943. There, as a nineteen-year-old, she came into contact with Labanotation for the first time, a system for movement notation created by the dancer, choreographer and theorist Rudolf Laban. Inspired by this, Eshkol went to Manchester to study under Laban at the Art of Movement Studio. While in the UK, she also studied at the Sigurd Leeder School of Modern Dance in London. In 1951, Eshkol returned to Israel and three years later founded her own chamber dance group.

Music was the basis of Eshcol’s work; she referred to herself as a composer and many of her pieces have titles such as Suite or Etude. Her choreographies are reminiscent of music wherein each limb of each dancer can be likened to an instrument in an orchestra. Just as orchestral music is notated, Eshkol wanted to establish a universal notation system for movement, so that the movement could be precisely repeated. The Eshkol-Wachman Movement Notation (EWMN), created in collaboration with the architect Avraham Wachman, was published in London in 1958.

In the Nordic countries, a limited selection of her work has been shown at the Design Museum Denmark in 1981 and in a group exhibition at CF Hill in Stockholm in 2019. Sharon Lockhart participated in the 2013 group exhibition Body Language at Bonniers Konsthall in Stockholm. There she showed her own work based on Noa Eshkol’s art. Internationally, Noa Eshkol’s work has attracted attention in both solo and group exhibitions at the the Sydney Biennale and the Badsischer Kunstverein in Karlsruhe both in 2016 and at the Van Abbemuseum in Eindhoven 2019.