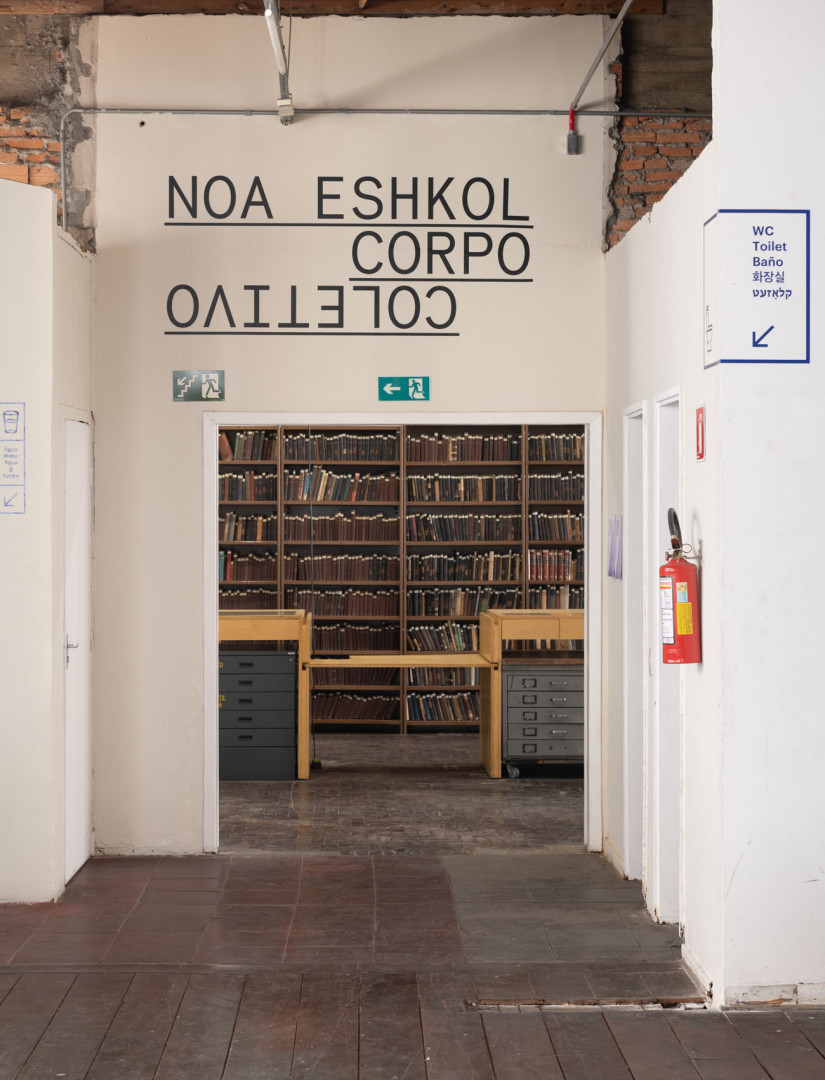 The Ministry of Tourism, Fundação Bienal de São Paulo, and Casa do Povo present Noa Eshkol: collective body, on exhibition at Casa do Povo from August 21st to October 15th, 2021. The exhibition is held jointly by Casa do Povo and Fundação Bienal de São Paulo as part of the 34th São Paulo Bienal. Some of Eshkol’s works are also present at the 34th Bienal, open for visiting for free at the Pavilhão Ciccillo Matarazzo, Ibirapuera Park, from September 4th to December 5th, 2021.

Noa Eshkol: Collective Body
Noa Eshkol (1924, Kibbutz Degania Bet, Palestine | 2007, Holon, Israel) was a dancer, choreographer, teacher, and theoretician whose production is marked by collective work processes. Her professional career started in the 1950s in Holon, a neighboring city of Tel Aviv, Israel. In search of systematizing body movements, Eshkol and the architect Avraham Wachman created the Eshkol-Wachman Movement Notation (EWMN), a set of symbols and numbers to represent physical movement. As a score for the body, the EWMN created the possibility of documenting and communicating movement series without requiring musical accompaniment. This way, Noa Eshkol’s work expanded the boundaries of dance and opened itself to a broader and more experimental notion of movement, including studies of neuroscience, zoology, sports, sign language, among others.

If one can have access to the result of several experiments with EWMN at the São Paulo Bienal Pavilion, the exhibition Noa Eshkol: collective body, held at Casa do Povo, shows Eshkol’s research process and backstage work. Taking over two floors of the institution, the exhibition aims at showing not only works made by the artist, but also the environment where they were created. Through documents, textile works (wall carpets), and videos, the collective and communal aspect of Eshkol’s work is highlighted, crossing and blending with the very history of Casa do Povo in several moments. A communal spirit, related to the development of experimental pedagogies and more egalitarian lifestyles connects the universes of the artist and of the institution that now come together in this exhibition.

Practical Information
Noa Eshkol: collective body
Opening on August 21st, at 11 am [no invitation required, but limited access according to sanitary protocols]
Visit: from August 21st to October 15th, 2021
Tuesdays to Saturdays, from noon to 6 pm
Extended opening until 8 pm on Thursdays
Free admission. No previous booking required.