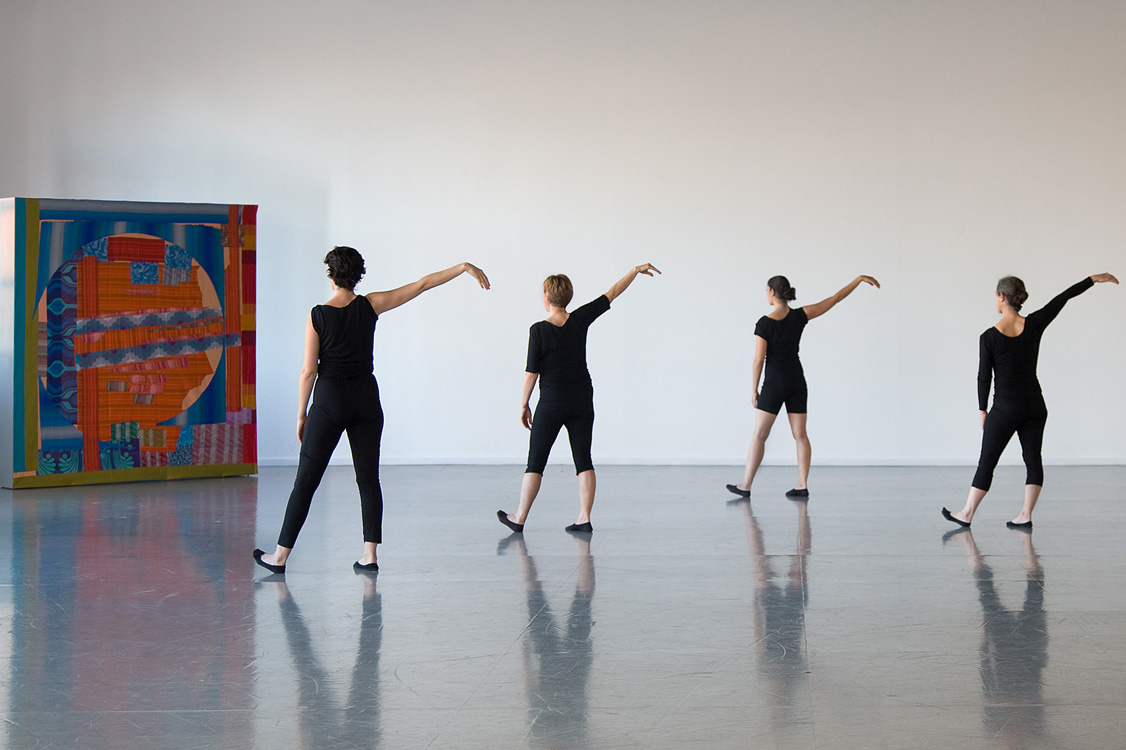 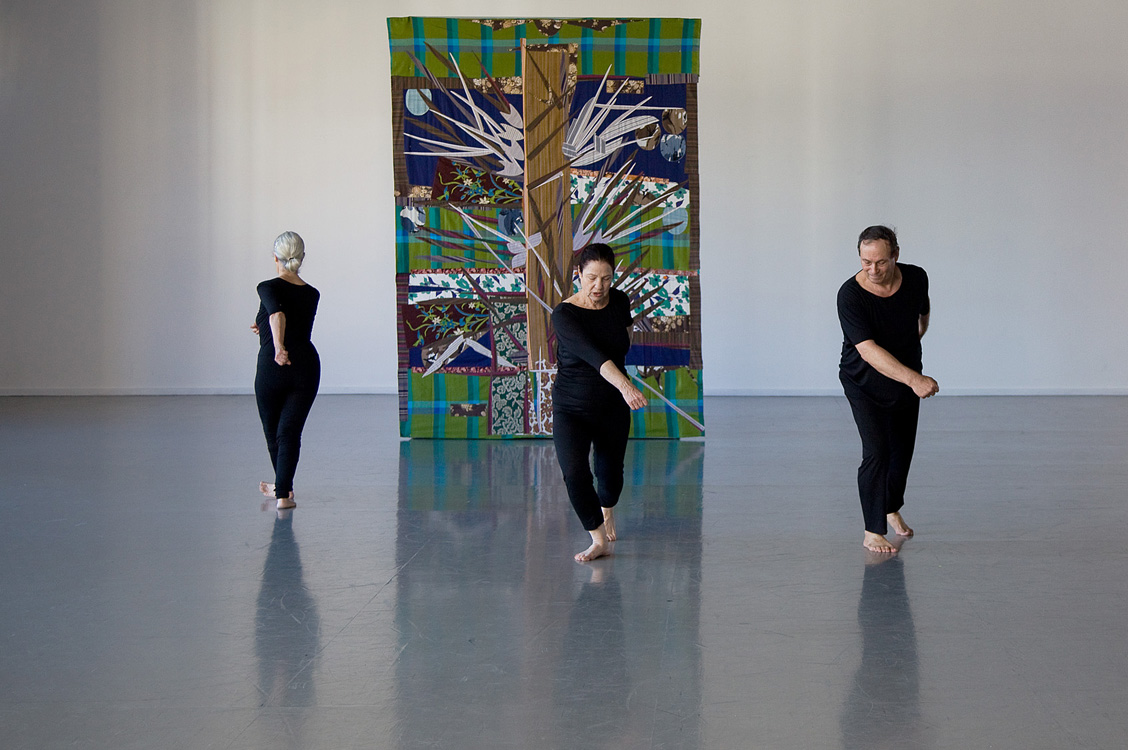 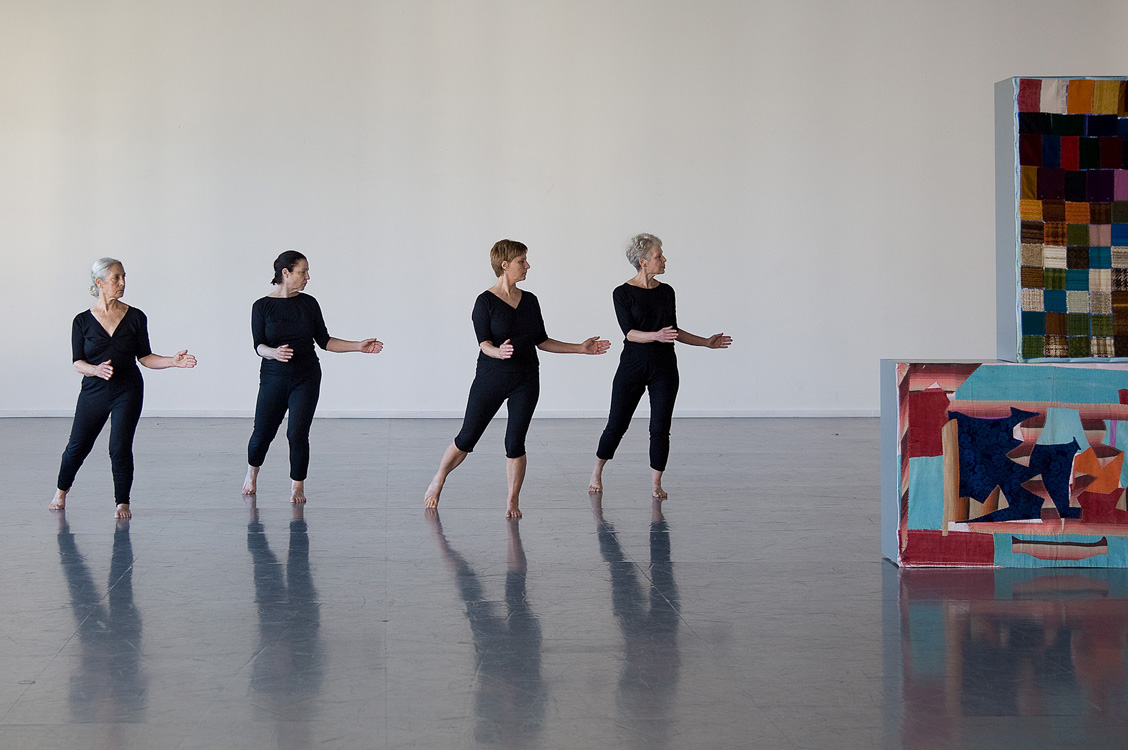 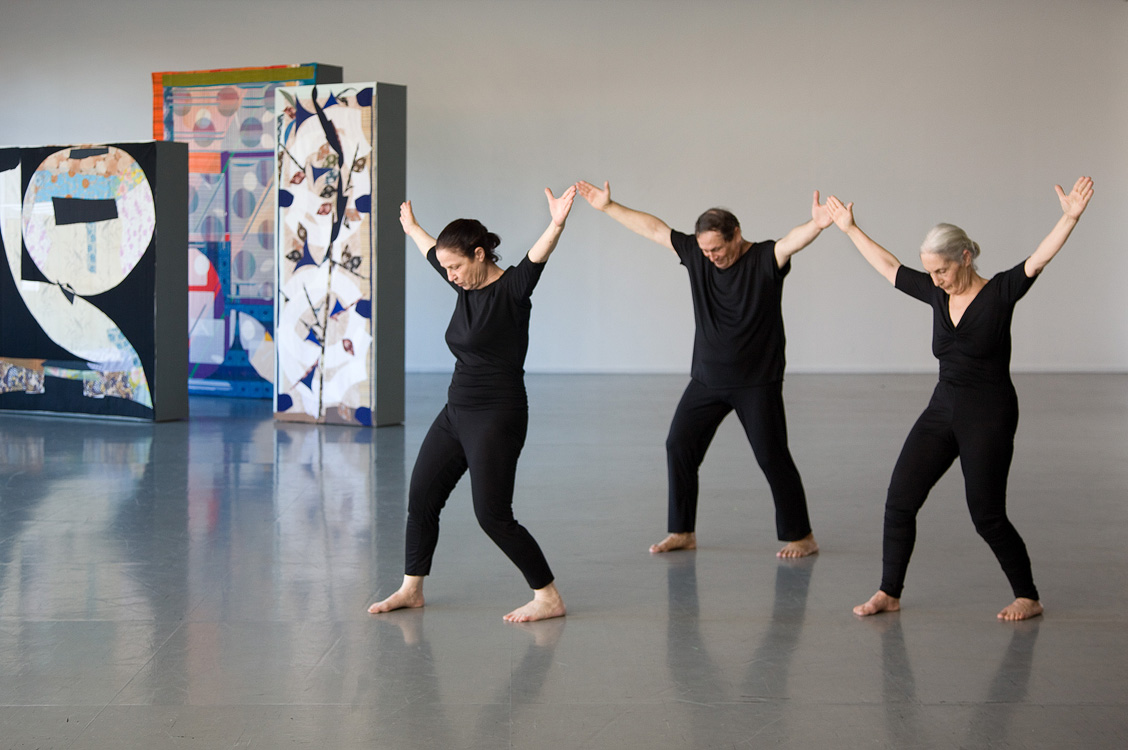 The exhibition Sharon Lockhart | Noa Eshkol at Thyssen-Bornemisza Art Contemporary at Augarten explores aspects of Eshkol’s extraordinary practice through several mediums. For the five-channel installation Five Dances and Nine Wall Carpets by Noa Eshkol (2011), Lockhart filmed seven dancers in various combinations performing five compositions by Eshkol, each set against a selection of Eshkol’s “wall carpets,” or textile works. The concepts behind Eshkol’s dances are illustrated by spherical models made of wire and mesh, which Eshkol constructed as a teaching aid for the notation method. A series of still photographs by Lockhart documents these objects and conveys the logic of movement they are meant to illustrate in groupings of two to five prints. The film installation and photographic series are accompanied by a selection of documents, notes, and drawings from Eshkol’s archive, shedding light on particular aspects of her creative process.

Alongside the videos, Lockhart shows two vibrant examples of Eshkol’s work as a textile artist. The “wall carpets,” as Eshkol called them, were assembled without cutting any new material, using only found scraps of fabric. The dancers participated by sorting the scraps and sewing the final arrangements. Eventually some 500 wall carpets were created, representing a substantial aspect of Eshkol’s oeuvre. Lockhart’s five-channel film marks the first occasion in which Eshkol’s work in movement and textiles is brought together.

In addition to the exhibition, members of the Noa Eshkol Chamber Dance Group conduct daily open rehearsals at the Augarten that are open to the public.