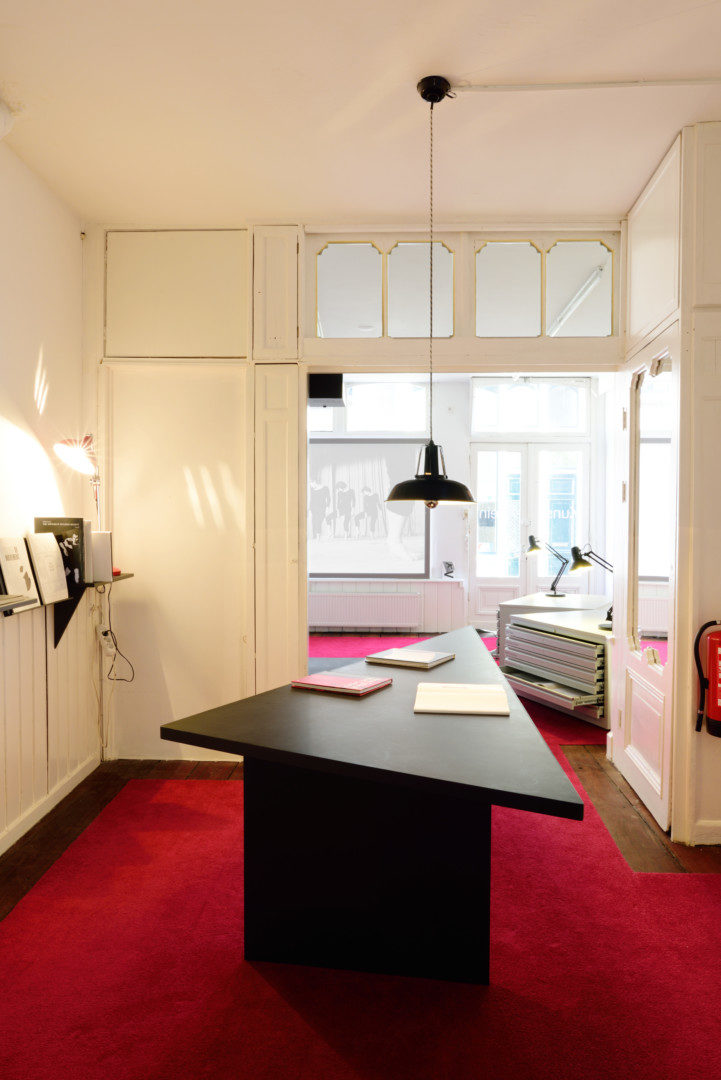 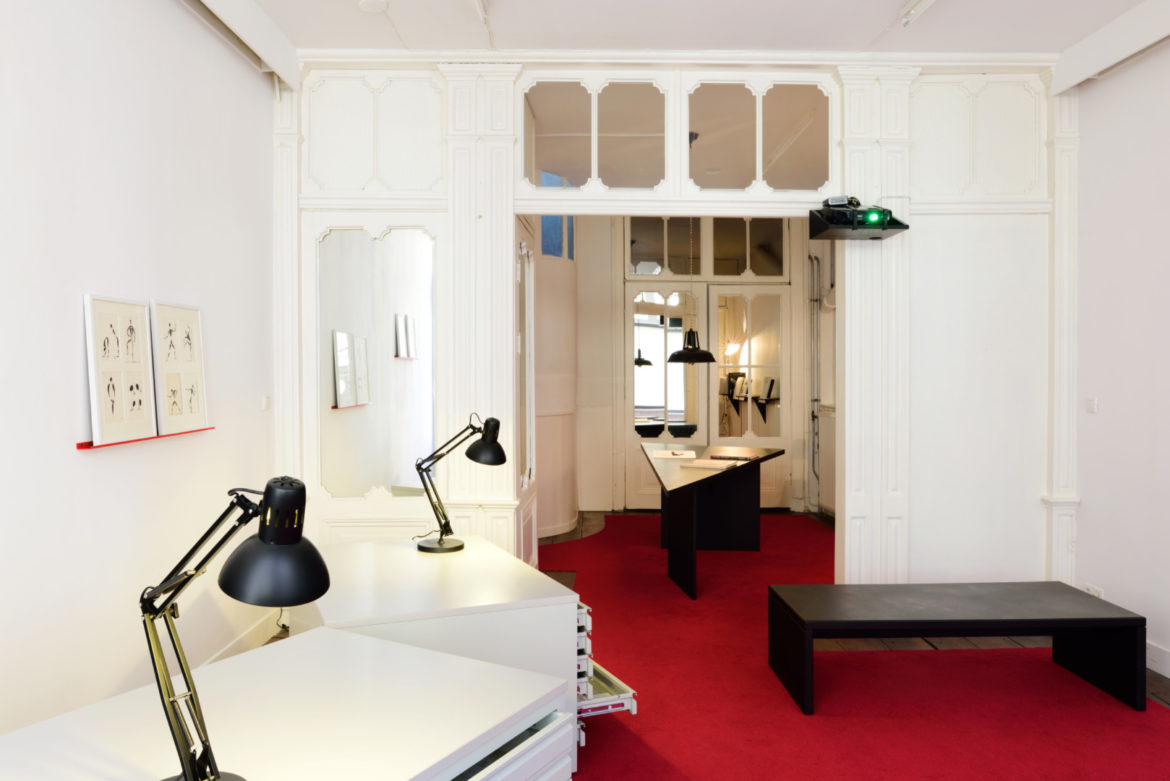 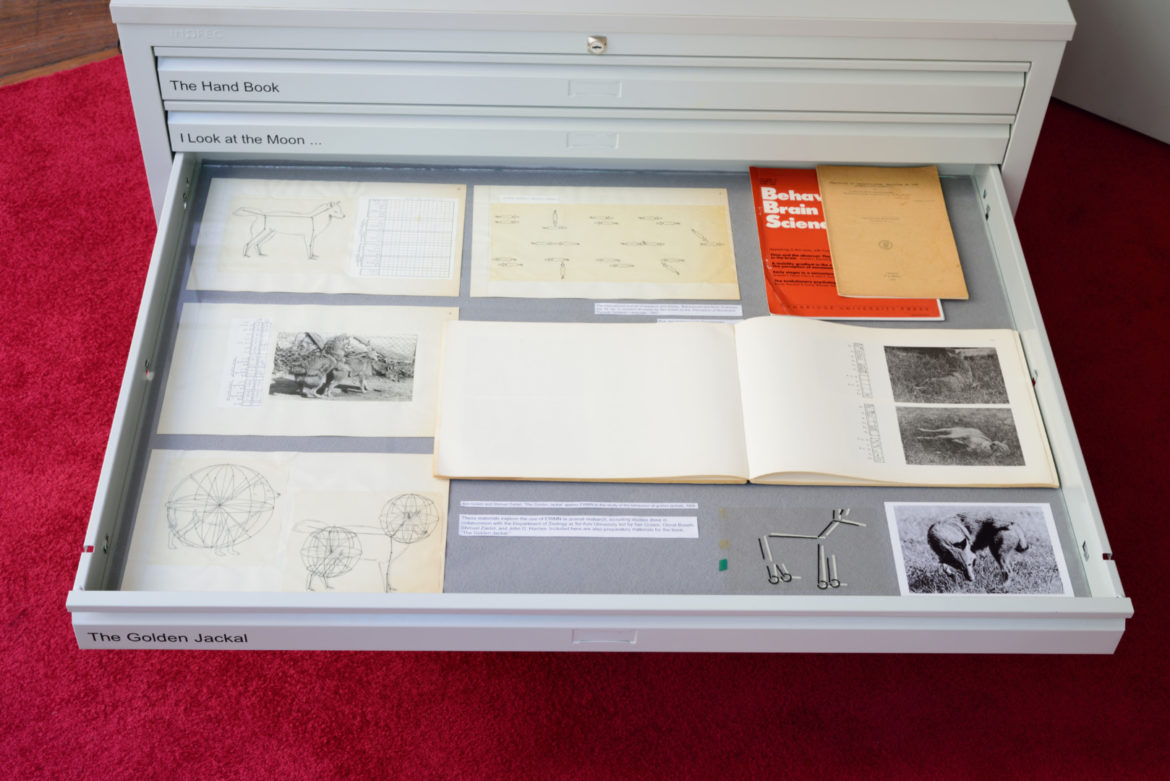 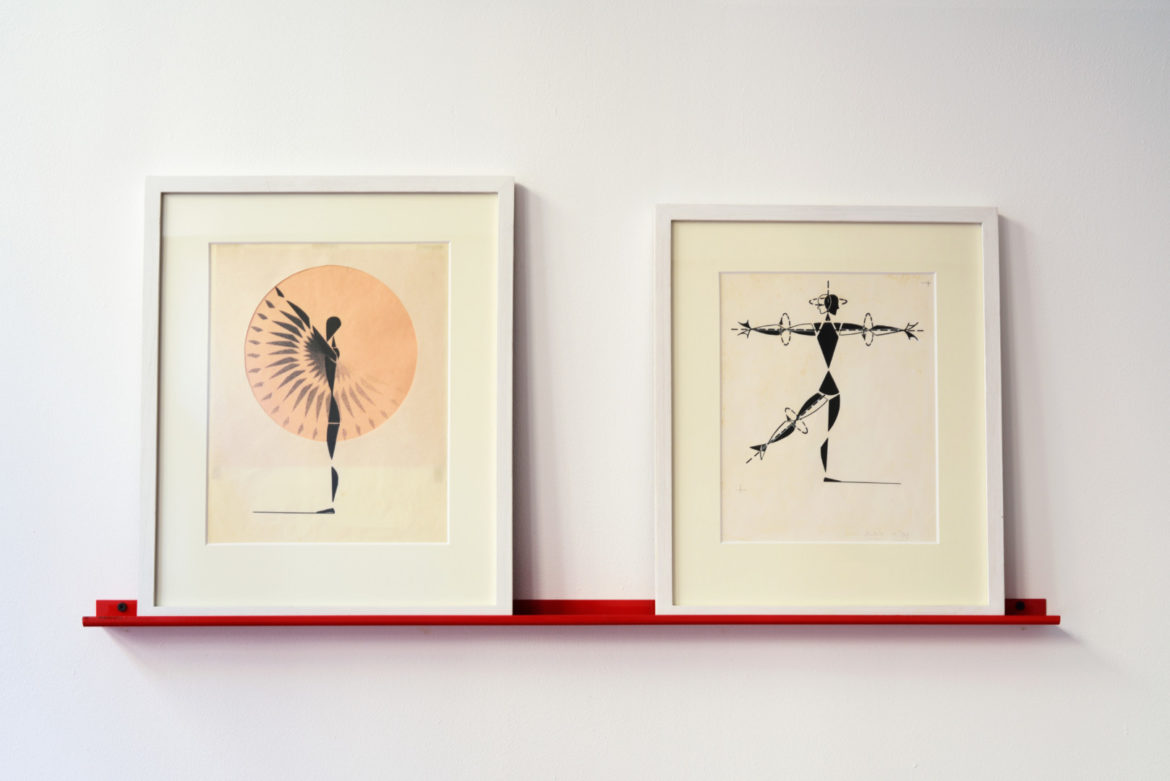 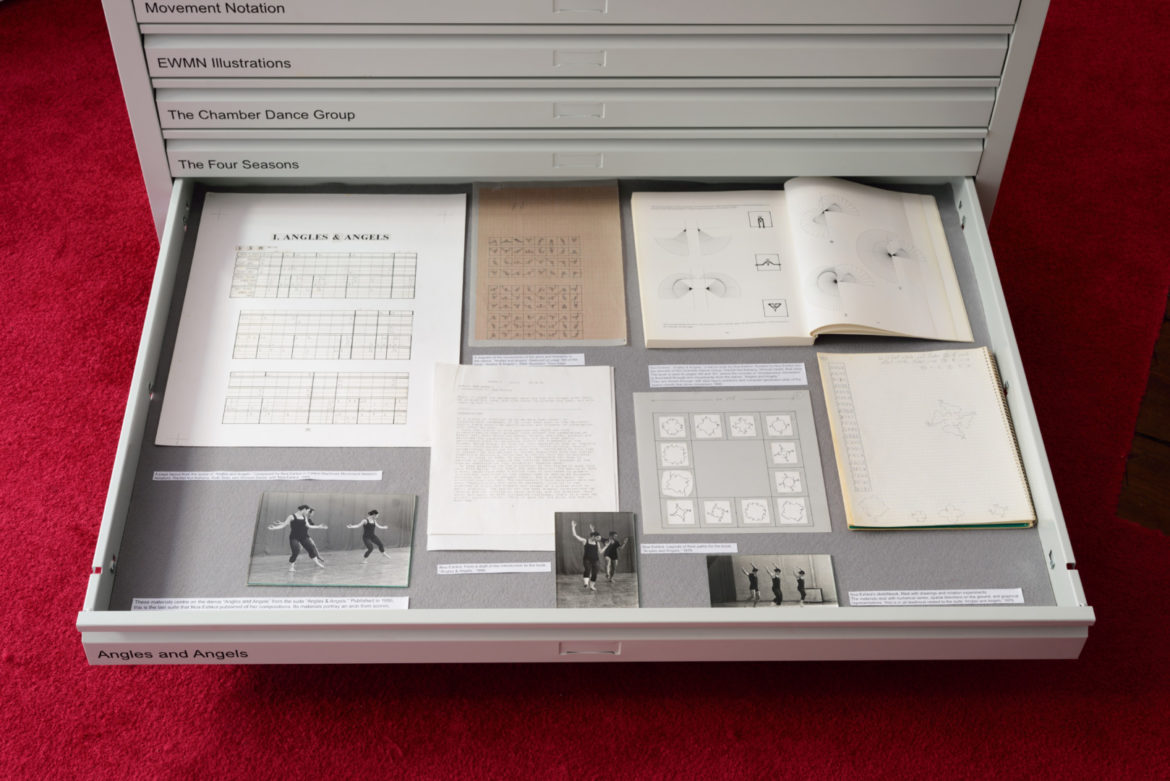 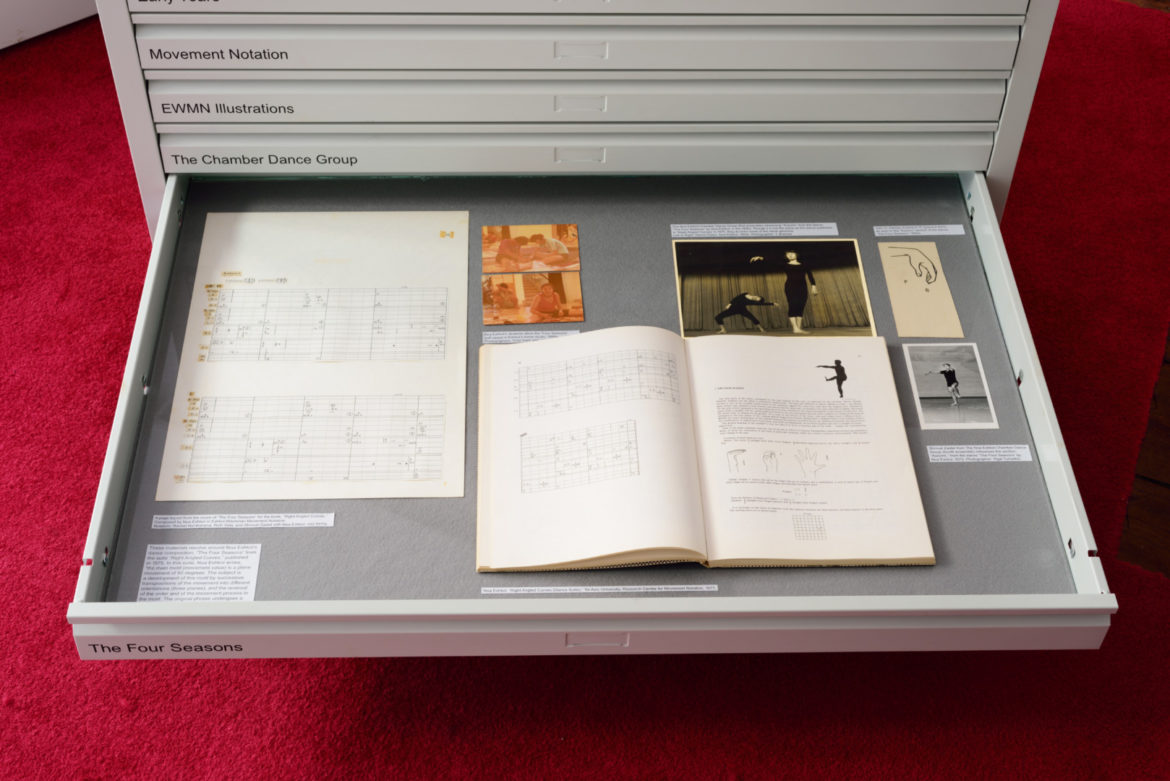 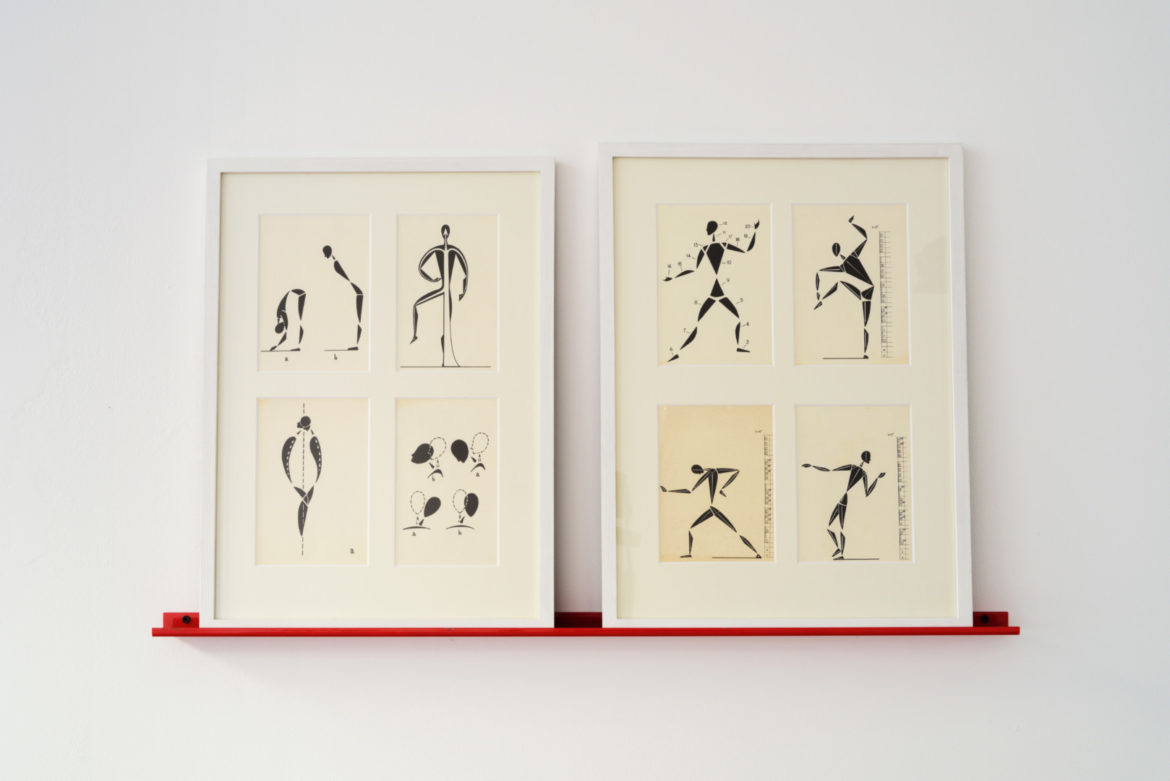 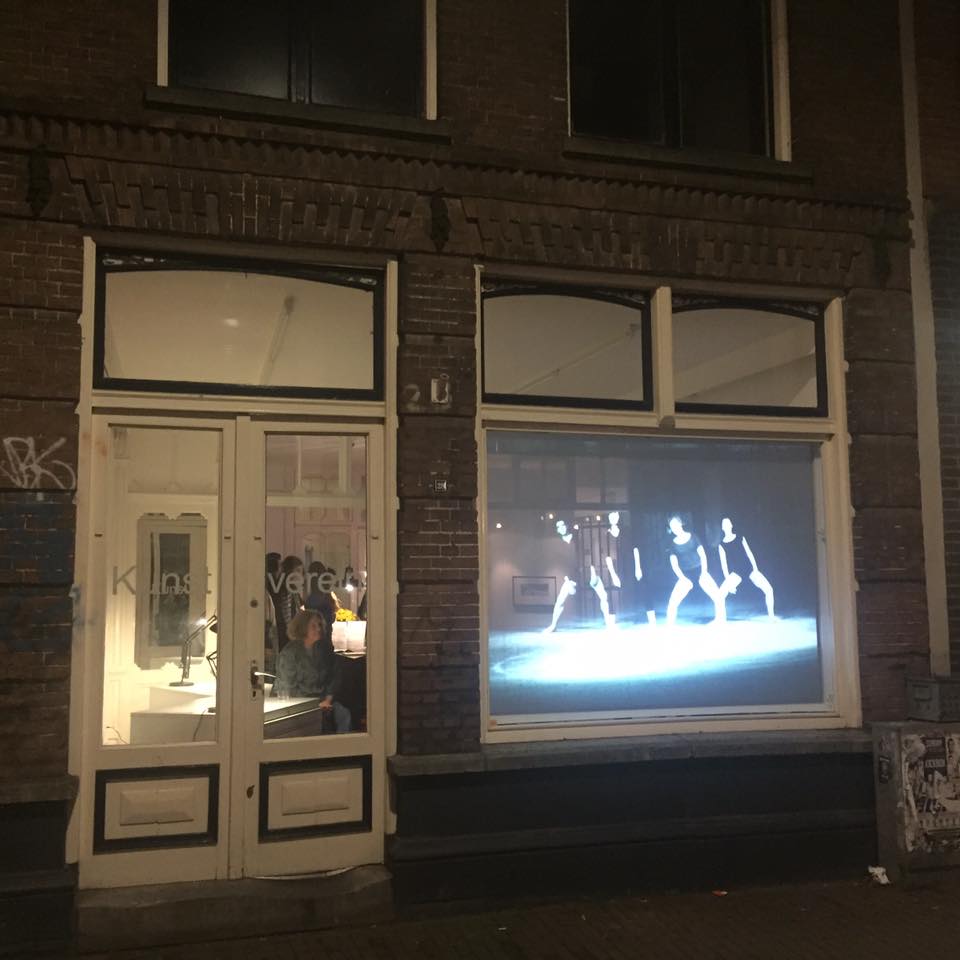 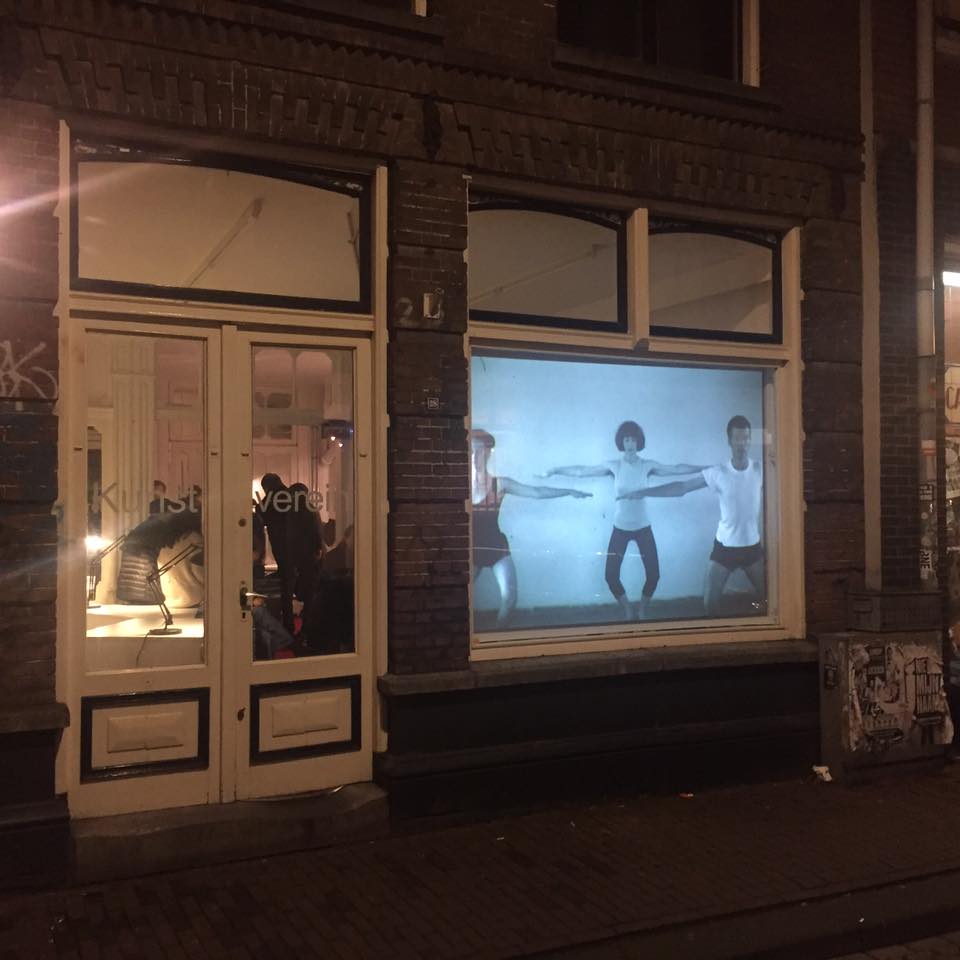 Noa Eshkol; I Look at the Moon and Think about My Daughter-in-Law 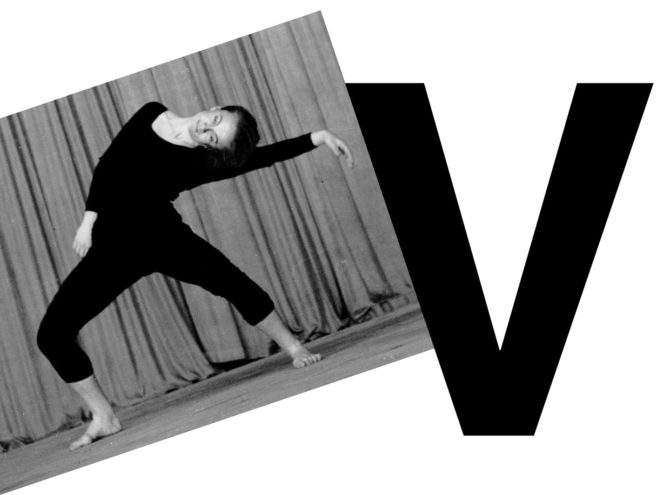 When looking closely at a hand turning a doorknob, a “rotary movement” is observed, very different from the motion one would witness of jumping jacks, which are considered the result of a “plane movement,” and certainly unlike the perceived effort of a waist circling inside a hula-hoop. How do we define one movement from the next, and how do we preserve them in time, in order perhaps to redo them one after the other?

Kunstverein, together with Vleeshal (Middelburg), is excited to present a joint solo exhibition in two parts: ‘I Look at the Moon and Think about My Daughter-in-law’ – on the work and thinking of contemporary dancer, dance composer, textile artist and theorist Noa Eshkol (IL, 1924–2007).

In the 1950s, Noa Eshkol, together with architect Avraham Wachman, developed a notational system for movement, which uses a combination of symbols and numbers to define the motion of any limb around its joint. The Eshkol Wachman Movement Notation (EWMN) system, named after its developers, was born out of a social practice and way of life, as much as it was a visual means of representing (human) motion. The system offers a way of looking at the movements of the body, by organizing them in relatively simple categories making it possible to notate and thus reactivate motion, precisely and mathematically, at a later time.

In the exhibition, the first iterations of the EWMN system will be on view, as well as a generous selection from the historic archives of The Noa Eshkol Archive (curated by Maya Pasternak with research assistance by Mor Bashan). Kunstverein will also present the first ever screening of two early performances by the Noa Eshkol Chamber Dance Group rehearsing dances composed in the system. The films will be screened on the window of Kunstverein’s storefront in the heart of the Jordaan, enabling both viewers inside and outside the space to be engulfed by the hypnotizing dances.

The second part of the exhibition at Vleeshal Markt shows a wide range of Noa Eshkol’s wall carpets, from the very first, abstract carpets to more recent works. Performances and workshops by The Noa Eshkol Chamber Dance Group occur throughout the show.